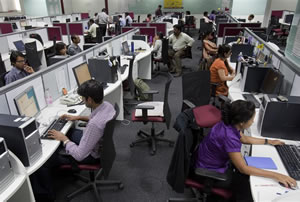 The Indian Ministry of Defense is about to introduce a major change in its defense procurement policy, giving a priority to local companies through rating ‘Buy and Make’ (Indian production of goods) as the top category for procurement. This ‘India First’ policy will provide first opportunity in all contracts to Indian companies, from the public and private sector, while placing procurement from foreign suppliers as the last option.

The Indian Ministry of Defense has also excluded software and consultancy services from the approved offset list, meaning that international companies selling defense systems to India will not be able to acquire offset credit buying services from Indian software services or consultancies. The exclusion of software and consulting services from the list of recognized defense offsets is the resulted from VVIP helicopter scandal, after Italian investigators found that middlemen involved in the VVIP helicopter scandal routed kickbacks into India through a phony software contract. (The Economic Times)

The move would be a historic shift from existing priority given to acquisitions from foreign companies, which today accounts for 70 percent of purchases. Most of the remaining is procured from Indian public sector units and ordnance factories while Indian private sector only gets a very limited number of defence contracts. These private sector companies will now get a significant boost opening new opportunities for supplying equipment as well as establishing joint ventures with foreign producers of military systems.

The proposals have already been discussed in a few rounds of discussions and is set to be approved by the Defence Acquisition Council headed by AK Antony in the next few weeks, the Times of India said.

Under this category, the procurement would be made from an Indian vendor, including a private Indian company that forms a JV or even has a production arrangement with a foreign firm. Under Buy and Make (Indian) there must be a minimum of 50 percent indigenous content.

Until now, the primary protection for the local market was the offset requirement. Under Defence Procurement Procedure, in any purchase over $60 million from a foreign company, 30 percent of the contract value has to be ploughed back into India through offset – buyback from Indian suppliers, encouraging foreign suppliers to team up with Indian suppliers acting as subcontractors. While the majority of buybacks were related to the defense programs, some are suspected to have masked illegal kickbacks. The VVIP helicopter scandal threatens to exclude software and consultancy services from the industry fields approved for defense offset, the Times of India reports.

As a result, the Indian Ministry of Defense is considering to exclude software and consulting services from the offset list after Italian investigators found that middlemen involved in the VVIP helicopter scandal routed kickbacks into India through a phony software contract. In its list of about a dozen offset partners, AgustaWestland, which supplied the VVIP helicopters under the controversial 2010 contract, listed IDS Infotech as a partner. It has emerged in Italian court filings that middleman Guido Haschke had got AgustaWestland to source phony software from IDS Infotech to move a few million euros into India in the name of software outsourcing. And more payment was to be routed to IDS Infotech as an offset partner. Sources said IDS Infotech ploy was the key reason for the decision to look at options available under offsets. “Software and consultancies are difficult to value. The value of offsets should verifiable and credible” a source explained to the Times of India. The proposed amendments would result in defence offsets being mostly clustered around engineering services that are universally quantifiable.