A launch of three Russian Glonass navigation satellites failed today as the Proton M rocket failed immediately after liftoff, tumbled, veered off its trajectory, caught fire in midair and crashed near the launch pad at the Baikonur cosmodrome in Kazakhstan. It seems that the first-stage engine was the cause for the accident. The launcher carried three Glonass M navigation satellites for the Russian Government. The satellites were riding on a Block DM upper stage. Those satellites were aimed to augment the Russian satellite based navigation system. A typical Proton Breeze M, provided by ILS, is a three-stage rocket with restartable upper stage, capable of lifting six tons of payload to geosynchronous transfer orbit. The launcher’s length is 58.2 m (191 ft) and its gross launch weight is 705 tons (1.554 million pounds).

An official message released by the Russian Space Agency following the disastrous crash said “a rocket carrier fell to the ground and exploded on the territory of the cosmodrome,” the space agency said in a statement, adding that the rocket fell on the territory of the Baikonur cosmodrome which Russia leases from ex-Soviet Kazakhstan. The agency said that during the accident, which took place 10-15 seconds after takeoff, toxic rocket fuel was released into the air but Kazakh officials said the fumes that may present a danger to the local population. The Propellants include Nitrogen Tetroxide (N2O4) and Unsymmetrical DiMethyl Hydrazine (UDMH). According to the head of the Kazakh space agency, Talgat Musabayev, the rocket carried 600 tonnes of kerosene, heptyl and amyl which are highly poisonous components of rocket fuel.

This accident brought to memory a rocket explosion at the Baikonur cosmodrome that occured in 1960, when the R-16 prototype rocket exploded on the launch pad, and released the highly poisonous rocket fuel known as the “devil’s venom.” 126 people were burned alive or vaporised altogether by the inferno, while others died of noxious fumes or succumbed to burns later. In recent years the Russian space program has suffered major setbacks, notably losing expensive satellites and an unmanned supply ship sent to the International Space Station.

The same Proton Breeze M launcher type recorded more failures in less than two years, which were attributed to various causes, a trend that has raised questions about the technical capability and workmanship of this satellite launcher.

Since the introduction of the Proton launcher 387 launches were recorded, 81 of them under ILS supporting commercial customers. ILS has maintained a healthy backlog which now equates to approx. 1.5 billion dollars for 15 missions. Over the past 6 years, Proton has launched an average of 10 times per year. Prior to the recent failure, three more missions were planned for July, August and the fourth quarter of 2013.

While ILS claims its rockets carry about a third of the global commercial payloads the program has also recorded major failures in recent years. In 2007, a Proton-M rocket carrying a Japanese communication satellite did not reach its orbit and crashed. On August 2011, a similar launcher failed to deliver a communications satellite into orbit and a year later, on August 6, 2012, a Protom M carrying two satellites again failed to reach orbit; A similar problem repeated four months later, December 9, 2012 as a Proton-Breeze M third stage failed to insert a payload into orbit.

Following these failures, a wide-spread review of the entire Breeze M upper stage was launched, and is expected to be completed by early to mid- 2014. “The purpose of this reliability study is to identify any weaknesses in the Breeze M design, manufacture and testing with the goal of increasing the demonstrated actual reliability to the calculated theoretical reliability” an ILS communique said during the recent Paris Airshow. Russian aerospace experts from qualified organizations are working with Khrunichev State Research and Production Space Center (KhSC) experts to analyze the various Breeze M systems, such as propulsion, avionics, telemetry and guidance. “We are paying particular attention to issues of quality control and this is not something of a singular effort, it is an ongoing program. All products have to come with the level of quality which is required to accomplish mission success,” Alexander Seliverstov, director general of KhSC said.

KhSC has also expanded purchasing and installation of new automated equipment and tooling that will ensure consistency and lower the chance of technician error in the production, assembly and test of Proton Breeze M. “In order to ensure that the operators and technicians assembling, testing and processing the Proton Breeze M are maintaining the highest level of training and certification, KhSC is establishing more stringent and frequent re-training and re-certification programs.” company officials said. Since Proton’s return to flight in March, ILS has had four consecutive successful launches over a four month period. 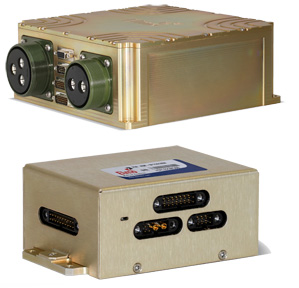