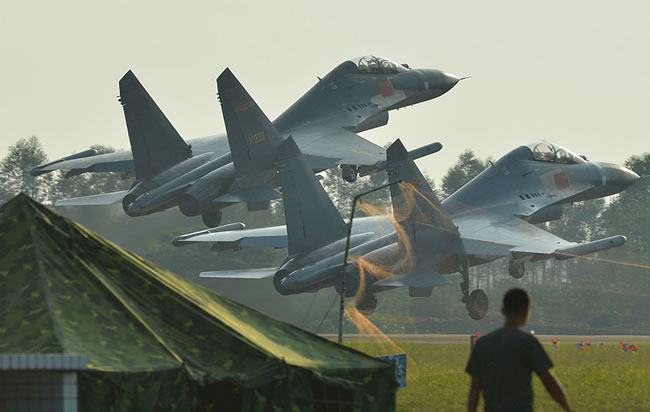 These 18 early models Su-30 were returned to Russia by India in 2003, after a Sukhoi completed the more advanced ‘MKI’ version currently flying with the Indian Air Force. They consist of ten Su-30MK and eight Su-30K fighters. “If the customer is willing to fund operations, we are ready to make repairs, upgrade and deliver the aircraft within four to six months,” Mikheyev said. At present, four ex-Indian Su-30MKIs are being refurbished.

India has ordered more than 200 Su-30MKIs in a number of batches. The early models delivered were basic aircraft without features like canards and thrust vector controls, and it is these 18 early model aircraft (ten Su-30MK and eight Su-30K fighters) that were returned to Russia in 2003 and replaced with more advanced Su-30s. Source: Defenseweb