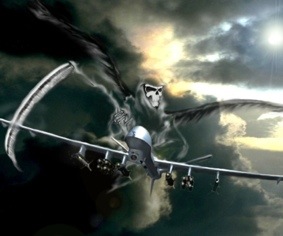 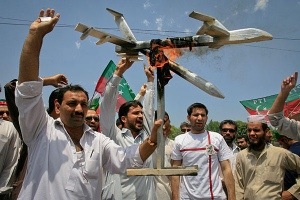 U.S. drone attacks on in North-East Pakistan, south of the Afghan border, are one of the sour points between Islamabad and Washington. According to the Pakistan’s Tribune Express, Prime Minister Nawaz Sharif recently withdrew a planned request for the transfer of US drone technology to Pakistan. The reason behind this turn was ‘legal implications’, of drone attacks aginst tribal areas in North-east Pakistan.

The Pakistani government was planning to request the acquisition of U.S. drones, a formal request was due during the upcoming visit of US Secretary of State John Kerry. However, Islamabad decided to hold its request to emphasize its stand to end the impasse over the controversial drone campaig. “The foreign office strongly believes that acquiring drone technology would weaken Pakistan’s case against the illegal use of unmanned aerial vehicles.” The Tribune reported.

The government of Prime Minister Nawaz Sharif publicly condemns drone attacks and has urged the US to stop such unilateral strikes. However, in a recent background briefing, one senior government official told journalists that Islamabad would seek drone technology from the US to deal with the terror threat.

The official recalled that when the head of the UN team investigating the civilian impact of drone use travelled to Pakistan in March this year, Islamabad sought a ban on the unilateral use of drones against sovereign countries. He said Pakistan was engaged in efforts to create consensus for declaring drone use in counter-terrorism operations illegal. UN special rapporteur on human rights and counter-terrorism Ben Emerson is due to present his report on the legality of drone use before the annual session of world body in September. Pakistan expects that the final UN report will help develop consensus against use of drones as weapons.

A recent survey conducted by Washington-based Pew Research Center revealed that the US policy of drone use in places such as Pakistan, Yemen and Somalia is facing broad opposition around the world. The survey conducted on the issue in 39 countries, found that more than half of the respondents in 31 of these countries disapproved of US drone attacks against extremist groups. The report noted that in most of the nations polled, there continues to be extensive opposition to the American drone campaign against extremist leaders and organizations. 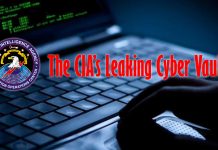