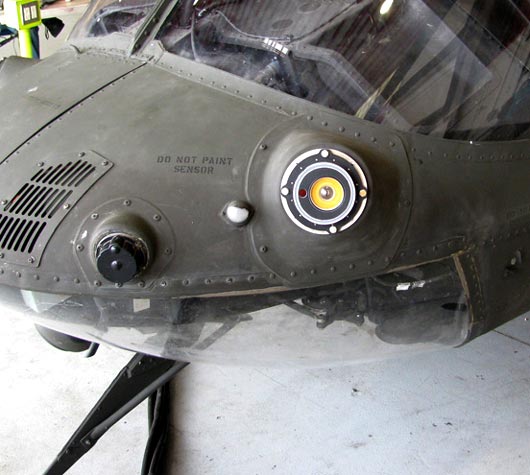 The U.S. Army has awarded BAE Systems a $39 million contract for more than 300 third-generation (Gen3) Common Missile Warning System (CMWS), a key element in helicopter and aircraft countermeasures  systems protecting US aviators in combat theatres; The Army has already acquired 2,100 such systems and has operated them in combat, accumulating more than 2,000,000 combat flight hours. Based on the accumulated experience the Army is upgrading the CMWS into the AN/AAR-57A(V) standard, enabling systems to better respond to evolving threats, a wider range of countermeasures and decoys including laser-based Directed InfraRed Countermeasures (DIRCM). By providing Hostile Fire Indication (HFI) capability, the system combines warning cue and situational awareness for guided and unguided threats to host platform. Furthermore, the system effectively protects against surface and air launched missile threats. Besides providing warning and triggering countermeasures against missile attacks the CMWS Gen3 system also indicates when small arms fire is directed at the protected platform. The system can also record the data throughout the mission for post mission debriefing and threat signal processing.

“The Gen3 enhancements allow us to provide a missile warning, hostile fire indication, and data recording system all in one box. This can immediately make a difference for our troops by improving survivability and increasing situational awareness,” said Bill Staib, director of Threat Management Solutions at BAE Systems.

As a highly automated and tightly integrated infrared countermeasures suite, CMWS locates threats and dispenses countermeasures without requiring pilot intervention. The system features a modular, customizable design that allows for seamless integration with other aircraft and survivability systems. To that end, CMWS has demonstrated its ability to serve as a centralized processing system for Integrated Aircraft Survivability Equipment.

The $39 million order is the first under a proposed $496 million indefinite delivery, indefinite quantity (IDIQ) contract and increases the total U.S. Army Gen3 procurement to more than 1,300 units. The current contract includes unit spares and engineering and technical services. The Gen3 systems will be fielded to more than 1,000 U.S. Army platforms over the next two years, and has already begun with in-theater installations on the Apache, Kiowa, and Blackhawk aircraft in Afghanistan.