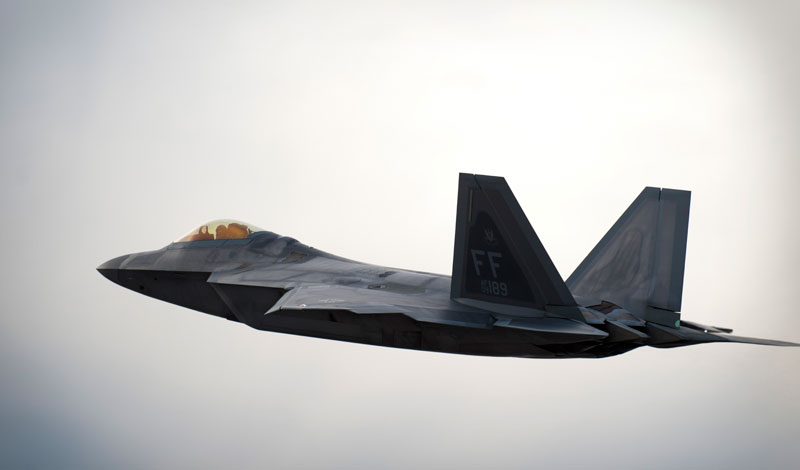 While the aircrews soared over the Nevada Test and Training Range (NTTR) duking it out with the aggressor fighters, intelligence and cyber specialists fought off “enemy” cyber attacks at the Combined Air Operations Center-Nellis. For the first time in Red Flag’s nearly 40-year history, the 24th Air Force played a significant role as the Cyber Mission Force (CMF), at the Air Combat Command-sponsored Red Flag exercise.

“”This is an asymmetric capability that we’re scratching at the surface to employ” Brig. Gen. Robert J. Skinner, XO AFCYBER “

“In any modern conflict, our forces are going to face an enemy which will use cyber both directly and indirectly to deny, degrade and disrupt. The 57th IAS is able to bring threat-representative cyber capabilities to the Red Flag Exercise as a part of a complete and integrated Aggressor Opposing Force.

“The warfare centre fundamentally changed how Red Flag is being carried out this year in an effort to fully integrate non-kinetic operations and intelligence, surveillance and reconnaissance capabilities. “Developments happening with cyber and ISR are all in preparation for operations in a contested environment,” said Capt. Andrew Caulk, a spokesman for AFISRA. “We train like we fight.” Changes to the Red Flag construct, which now links scenarios across several days, allowed intelligence to be gathered in a more realistic world setting. This Red Flag was also the first time 24th AF has been fully integrated with the Air Force Intelligence, Surveillance and Reconnaissance Agency.

“This is an asymmetric capability that we’re scratching at the surface to employ,” said Brig. Gen. Robert J. Skinner, the AFCYBER deputy commander. “We are more engaged with Red Flag, allowing more opportunities to provide mission effects at the point of our choosing and at the drop of a hat for joint force commanders to use… We use Red Flag for advanced training to hone our skills, and we continue to learn great lessons to employ in the next one,” Skinner said. “You can see us taking advantage of operations to become better, faster and leaner.” RAAF No.77 Squadron Group Capt. Robert Chipman confirmed,”The immersion into the fog of war is just phenomenal in Red Flag, and that’s what really sets it apart from any other exercises we’ve participated in… You’re expected to be ready to perform in a complex air environment on day one.”