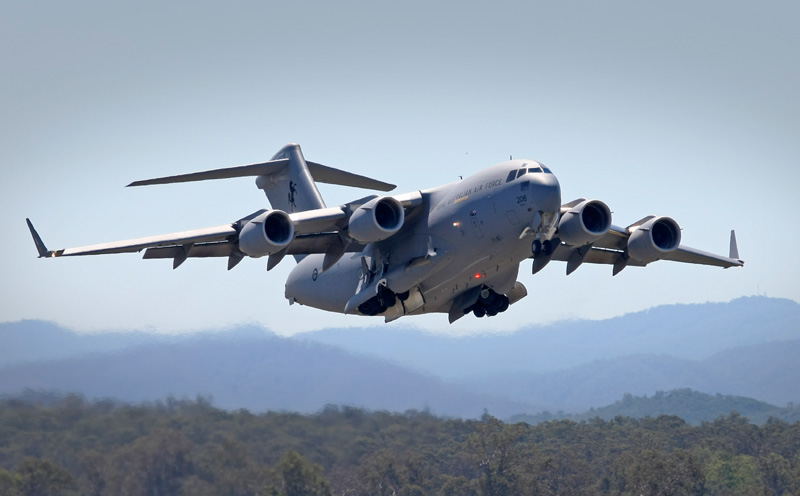 “Since the first delivery in 2006, we have seen the Boeing C-17A Globemaster perform exceptionally well at the forefront of Australia’s military operations and humanitarian work,” Senator Johnston said, adding the Government elect to exercise this option the two extra Globemasters would significantly enhance the Royal Australian Air Force’s capacity for operational tasks, disaster relief and humanitarian assistance in our region and around the world. The current fleet of six C-17As was based at RAAF Base Amberley in Queensland, and an additional two would integrate seamlessly into the fleet.

The Government has requested pricing and availability data for two further aircraft through the United States Foreign Military Sales (FMS) program. Decisions on these aircraft are being informed by the force structure review currently under way within Defence as part of the White Paper process.

“Recent global events have seen Australia’s national capabilities like the C-17A come to the fore to assist our friends and allies.” Johnston said, “The ability to rapidly react and move large elements of Australia’s support systems over long distances during these times has highlighted the need for us to have a good sized fleet.” Johnston explained the decision. “The aircraft is also currently supporting Australian and Coalition forces in Afghanistan and the Middle East, providing a military long-range, strategic heavy airlift capability between Australia and the world,” Senator Johnston said.