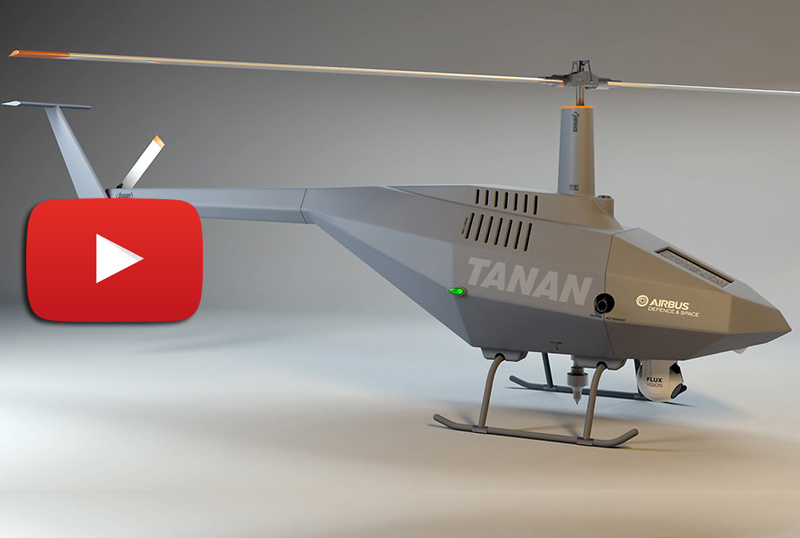 Airbus Defence and Space (and DCNS signed a cooperation agreement today to develop a ship-based variant of Airbus DS TANAN unmanned helicopter Unmanned Aerial System. TANAN has been developed to address the naval sector’s specific requirements for an aircraft that would offer efficient integration onto all types of armed vessels. The companies believe this partnership will help to speed up the market release of the TANAN vertical take-off and landing (VTOL) tactical helicopter UAS, that has been in development for several years with Airbus’ former EADS conglomerate. The demonstrator’s first flight took place in 2010 and development is currently continuing according to schedule.

The cooperation between Airbus and DCNS will enable the integration of TANAN UAS into the ship’s combat system, including definitions of its mission systems and situational assessment, based on data received from the various sensors on board the UAS. Other aspects of the cooperation will include the physical integration of TANAN onto the ship, including the positioning and compatibility of the antenna system, the landing deck, the harpoon and grid landing assist, the docking and securing of the UAS in the hangar, as well as the related support.

As the vessel’s ‘eye in the sky’, TANAN will deliver full HD imagery and other sensory data straight to the combat information system

Under the work share agreed by the two companies Airbus Defence and Space will produce the entire certified unmanned aerial system, the vehicle with its payloads, the datalink and the UAS control station. DCNS will carry out the integration of the UAS on the ship and into its combat system, from the definition of the required functions and the interfaces with the combat system, to the production of corresponding UAS modules that will enable operations to be controlled via the ship’s command, to the on-board installation and implementation procedures.

DCNS has already integrated UAS on board some of the vessels it produced, under studies that began more than ten years ago, when it first aspired to integrate tactical UAS onto its entire range of vessels, from off-shore patrol vessels to frigates. Conceptual designs are also underway to integrate UAS into future submarines.

Providing an ‘eye in the sky’ for surface vessels, the helicopter provides full HD imagery delivered by multi-sensor EO/IR payload and a selection of complimentary sensors including maritime radar, AIS (Automatic Identification System), an IFF (Identification Friend or Foe) system, an electronic surveillance system and a direction finder. By integrating UAS onto combat ships, the latter’s detection range and ability to accurately identify threats can be increased, while simultaneously ensuring operational availability.

“DCNS will be the only company to offer both its current and prospective customers an integrated solution for operating a UAS that can be armed from on board a combat ship. In partnership with Airbus, DCNS offers reliable, functional and perfectly integrated solutions for naval combat platforms and systems,” said Pierre Legros, President of Surface Naval Systems at DCNS.

Designed specifically for maritime operations TANAN has a maximum take-off weight of 350 kg and a payload carrying capacity of 50 kg TANAN is powered by a diesel engine supporting missions with ranges of up to 100 nm (180 km), at temperatures of between -20°C and +50°C and in challenging weather conditions.

By integrating UAS onto combat ships, the latter’s detection range and ability to accurately identify threats can be increased, while simultaneously ensuring operational availability. The system is stored in a hangar on board and is operated by a single operator. 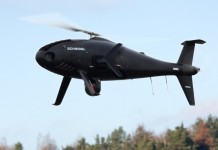 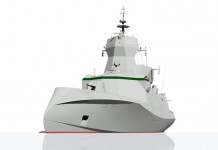 A new stealth corvette from France