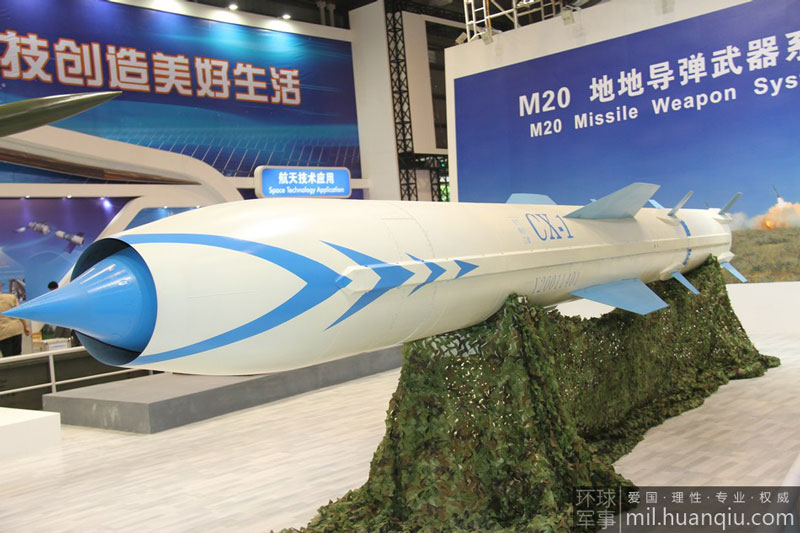 The CX-1 cruise missile is designed for launch from land-based mobile launchers. Designed for supersonic cruise at medium and low level, CX-1 endgame flexibility offers the selection of a number of attack trajectories high altitude dive or a low-altitude sea-skimming attack. The high speed and large warhead design maximize penetration and damage to the target, enabling the missile to defeat targets from frigates to aircraft carriers. The missile was developed by China’s Academy of Launch Vehicle Technology (CALT). The new missile resembles in shape and form the Russian Yakhont and Indo-Russian BrahMos missiles, both are presented at Airshow China 2014 in a full-size display mock-up.

Given the weapon’s active terminal seeker, CX-1 can be launched at targets without prior location setting, enabling short reaction time for the coastal battery and minimal warning to the target. Moreover, the weapon’s supersonic further shortens the flight time and employment of evasive manoeuvres countermeasures and by the target.

A variant designed for domestic use is also available, designated DF-12 which could be able to carry a heavier warhead.

Both CX-1 supersonic cruise missile and M-20 tactical ballistic missiles are sharing the same mobile Transporter Erector Launcher (TEL) platform. The M-20/DF-12, thought to be a Chinese derivative or copy of the Russian SS-X-26 (Iskander E) was shown at the IDEX exhibition in 2013. It is a solid-rocket propelled missile using INS and satellite navigation (GPS/Glonass) to achieve strike precision of 10-30 meters. A similar weapon developed in Iran has already demonstrated high precision attack capability against mobile surface targets (such as vessels at sea) using a terminal EO/IR seeker.

The weapon can be carried by a multi-purpose mobile rocket launcher mounted on a heavy duty 8×8 chassis supporting off-road operation. The gross vehicle weight carrying two missiles in launch canisters is 45 tons. The same launcher can also carry two M-20 ballistic missiles, 10 A100 rockets, or eight A200 or A300 rockets.