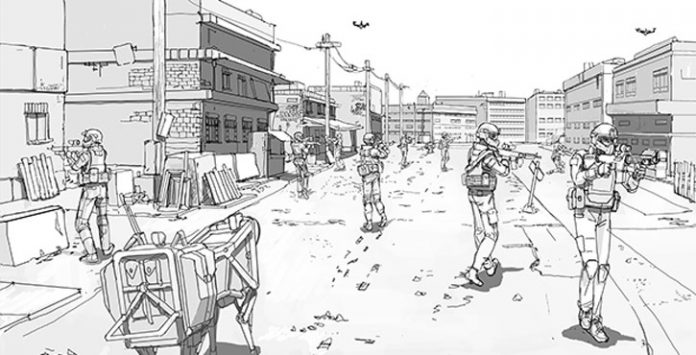 To succeed in their missions, military units must have a robust, multi-faceted picture of their operational environments, including the location, nature and activity of both threats and allied forces around them. Technology is making this kind of rich, real-time situational awareness increasingly available to airborne and other vehicle-assigned forces, along with a capacity to deploy precision armaments more safely, quickly and effectively. Dismounted infantry squads, however, have so far been unable to take full advantage of some of these highly effective capabilities because many of the technologies underlying them are too heavy and cumbersome for individual Soldiers and Marines to carry or too difficult to use under demanding field conditions.

To address this application lag, DARPA’s Squad X Core Technologies (SXCT) program aims to develop novel technologies that could be integrated into user-friendly systems that would extend squad awareness and engagement capabilities without imposing physical and cognitive burdens. The program, whose overarching goal is to ensure that Soldiers and Marines maintain uncontested tactical superiority over potential adversaries, recently awarded Phase 1 contracts to nine organizations.

“Our goal is to develop technologies that support a three-dimensional common operating picture leveraging input from integrated mobile sensors, as well as the ability to organically locate and identify friendly forces and threat locations in near real time,” said Maj. Christopher Orlowski, DARPA program manager. “The Phase 1 performers for SXCT have proposed a variety of technologies that, in the future, could provide unprecedented awareness, adaptability and flexibility to dismounted Soldiers and Marines and enable squad members to more intuitively understand and control their complex mission environments.”

DARPA has awarded Phase 1 contracts for SXCT to the following organizations:

SXCT is pursuing research in the following four technical areas:

Precision Engagement: Precisely engage threats out to 0.6 mile (1,000 meters), while maintaining compatibility with infantry weapon systems and without imposing weight or operational burdens that would negatively affect mission effectiveness. Capabilities of interest include distributed, non-line-of-sight targeting and guided munitions.

Non-Kinetic Engagement: Disrupt enemy command and control, communications and use of unmanned assets at a squad-relevant operational pace (walking with occasional bursts of speed). Capabilities of interest include disaggregated electronic surveillance and coordinated effects from distributed platforms.

Squad Autonomy: Increase squad members’ real-time knowledge of their own and teammates’ locations to less than 20 feet (6 meters) in GPS-denied environments through collaboration with embedded unmanned air and ground systems. Capabilities of interest include robust collaboration between humans and unmanned systems.

“Through Squad X, we want to vastly improve dismounted squad effectiveness in all domains by integrating new and existing technologies into systems that squads can bring with them,” said Maj. Christopher Orlowski, DARPA program manager. “The squad is the formation with the greatest potential for impact and innovation, while having the lowest barrier to entry for experimentation and system development. The lessons we learn and the technology we create could not only transform dismounted squads’ capabilities, but also eventually help all warfighters more intuitively understand and control their complex mission environments.”