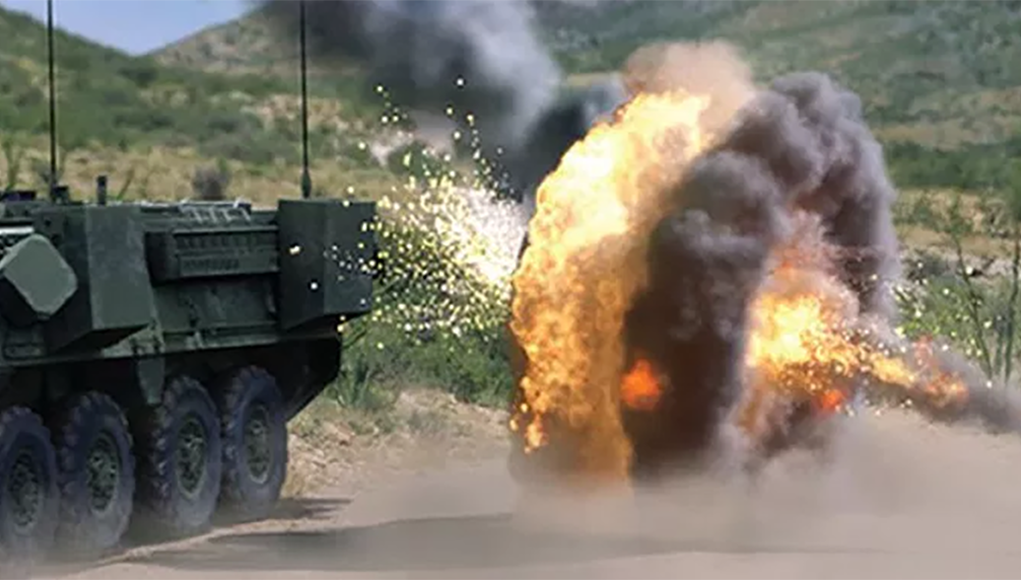 The adoption and implementation of MAF 1.0 is the first step to establish ‘MAPS compliant’ products that are affordable, common, interchangeable and able to be integrated with any APS subsystem on any ground vehicle platform across the Army. MAF was released as a Beta version in February 2016. “Over the past months, we have built on that baseline by conducting integration efforts using three different APS defeat approaches and demonstrating the first end-to-end engagement, from cue to defeat using the MAPS approach.” Said Jeff Koshko, TARDEC’s associate director, Ground Vehicle Survivability & Protection. “The modular framework will continue to evolve, but we are confident this version will provide our collaboration partners an excellent starting point for adapting their APS technologies for MAF compliance.”

Earlier this year TARDEC evaluated initial integration for the U.S. Army’s Modular Active Protection System (MAPS) based soft-kill demonstrator developed by Lockheed Martin and Northrop Grumman. The system uses an Open Architecture Processor developed by Lockheed Martin with Passive Infrared Cueing Sensor (PICS) and Multifunction EO System (MEOS) countermeasure provided by Northrop Grumman. The team completed initial integration in March and are set to deliver a full system demonstrator for testing on an M1 Abrams tank this year. A soft-kill capability enables the active protection system to confuse an incoming sensor-based weapon system through spoofing, interference or obscuration, resulting in the elimination of the threat.

The Army also introduced yesterday at the AUSA convention three systems that are already in different stages of development, designed to protect main battle tanks and armored personnel carriers. These systems are designed to adapt MAPS in their advanced evolutionary phases.

MAF 1.0 is one of two primary products that will result from the MAPS program. The other MAPS product is the Modular APS Controller (MAC) that that enables the integration and control of APS sensors and countermeasures, and the entire MAPS- compliant APS onto a ground vehicle platform.

When applied to an APS subsystem, the MAC and associated MAF provide ground vehicles the capability to defend against current threats and the upgradeability to defeat evolving threats. Furthermore, as standards-based systems, they allow for more competition and diversity within the APS industry.

The MAPS program uses a concept called Knowledge Points (KPs) to release an update government, industry and academic partners on MAF’s progress on a periodic basis to keep potential future collaboration partners up to date on MAF progress. MAF 1.0 was released under KP7 which represents the largest and most important KP release so far and consolidates all of the KPs released to date. MAF 1.0 establishes a stable baseline for use by the MAPS Community of Interest (COI) and other collaboration partners and enables them to continue updating or developing APS technologies for MAF compliance.

“The release of MAF 1.0 is a result of many months of investigation by a team of qualified government and industry personnel and academic researchers focused on APS design, system modeling, functional hierarchy development, requirements engineering, functional allocation, behavior modeling, assessment of APS function safety criticality, power architecture, networking and communications standards and review activities,” said Dan Torres, MAPS chief integrator for modularity. “Essentially, MAF 1.0 is the first, large-scale milestone in the quest for a modular APS. Future releases will continue to add functionality and build on the foundation laid in MAF 1.0.”

The release of MAF 1.0 signifies a major step toward delivering a framework and controller that will enable consistent integration of APS across the ground vehicle fleet. MAPS will provide protection from advanced threats at an optimized weight, facilitate transition with commonality across the ground vehicle fleet and allow APS to be tailored to meet specific needs. These products will lay the foundation for future Vehicle Protection Systems (VPS) technologies.