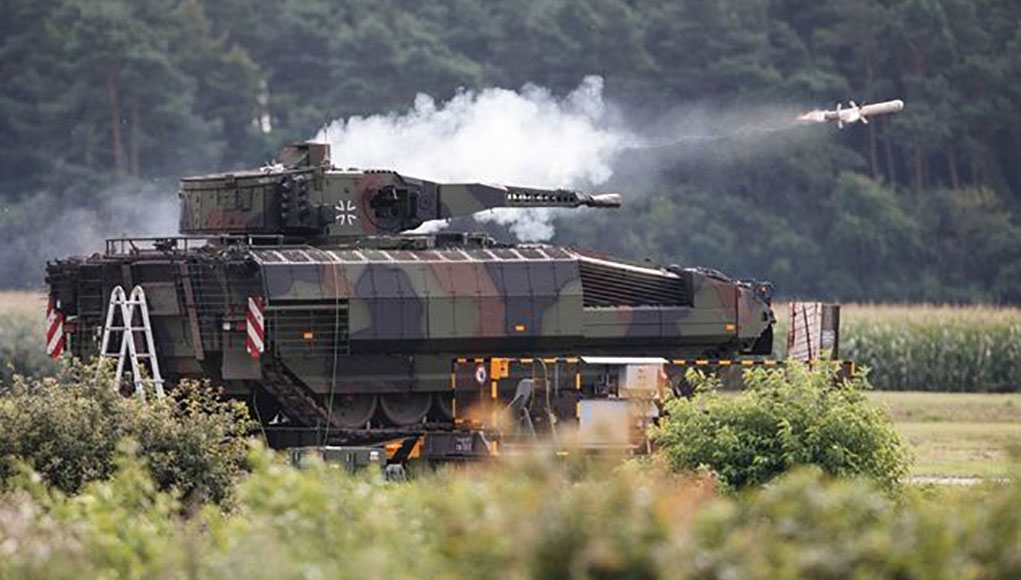 Australia selected the Israeli Spike LR2 multi-purpose guided missile to equip the new Boxer Combat Reconnaissance vehicles procured from Rheinmetall Defense under an A$2.1 billion Under project Land 400 Phase 2 contract. Australia is the second user to select the new LR2 version of the missile, following the Israel Defense Forces that placed an order for 2,000 in 2017.

The missiles for the Israeli order are manufactured by Israel’s RAFAEL Advanced Defense Systems company. According to Major General (Ret’d) Yoav Har-Even, Rafael’s President and CEO, Rafael’s strategy is to join with local partners and establish capability in the local markets. For the Australian contract, RAFAEL teamed Varley Aerospace & Defense (VRA) of New South Wales, Australia. “This commitment by Varley Rafael Australia is a great vote of confidence in Australian industry and will bring jobs and high-tech knowledge to Australia’s defense industry,” Hon. Marise Payne, Minister for Defence said.

The JV named Varley Rafael Australia has committed to building the Spike LR2 in Australia, employing up to 70 Australians directly with hundreds more in the supply chain. “VRA aims to maximize the proportion of SPIKE LR2 componentry produced in Australia and deliver through-life in-service support,” VRA’s inaugural CEO, Mr. Jacob Blitman, adding that the JV intends to reach-back to Rafael’s research and development network in Israel to pursue more opportunities. Other fields of activity pursued by VRA include air defense and active protection for combat vehicles and submarines. “The 5th Generation SPIKE LR2 is the first of what we hope will be many opportunities for VRA to deliver Australian sovereign capabilities, drive innovation and jobs, and create export opportunities.” Mr. Jeff Phillips, Managing Director of the Varley Group said.

The Spike was selected after an independent comparative evaluation of potential missile options for the vehicle was conducted by the Defence Science and Technology Group. The missile will offer long range, lightweight, high resistance to countermeasures and higher technical maturity in the anti-tank role. “The Spike missile is the best anti-tank guided missile for the Boxer,” said Christopher Pyne MP, Minister for Defence Industry. “It will give the Boxer the range and lethality it needs to fight and win the land battle”.

Under project Land 400 Phase 2, Defence will acquire 211 Rheinmetall Boxer combat reconnaissance vehicles which will provide vital mobility, lethality, and protection for the Australian Army. The Boxer will be manufactured in Queensland, creating up to 1,450 jobs across the supply chain.