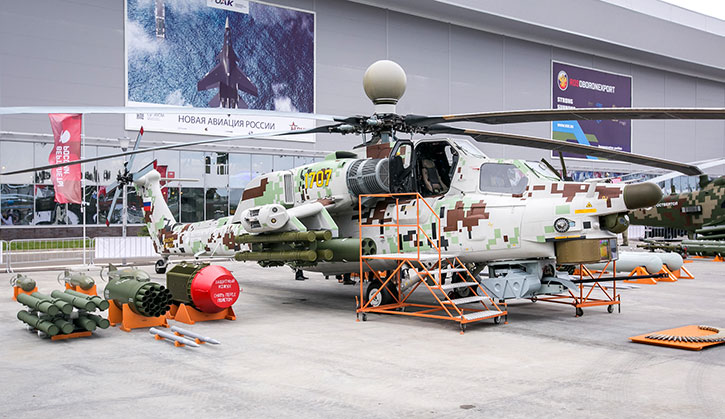 Russian Helicopters presented a new version of the Mi-28N attack helicopter that improves combat survivability and firepower and implements manned-unmanned teaming capability for the first time. The “Night Hunter” was used extensively in the Syrian theater, used both by the Russian and Syrian forces. Some of the improvements address lessons learned from these operations.

“We are constantly improving military helicopters because the requirements of our customers change, and we always aim to meet them. Due to the experience of using Mi-28 machines during military operations, we knew how to further develop this project. The modernization considerably increased the capabilities of Mi-28NE helicopters and offered us new prospects in terms of exports,” noted Andrey Boginsky, CEO of Russian Helicopters.

carries the new Khrizantema-M anti-tank missile that uses a dual guidance system, offering better resistance to enemy countermeasures. The new missile extends the helicopter’s target engagement range to 10 km. The gunship can also carry a modernized version of the Ataka laser-guided missile. Other armament options use aerial bombs weighing up to 500 kg.

Other improvements include combat survivability. The helicopter has enhanced armor and uses modern directional IR countermeasures (DIRCM) for greater combat survivability against short-range infrared missiles. the design is more tolerant to battle damage. The rotor blades are made of composite materials that can withstand hits by 20-30 mm ammunition and continue to function. and the fuel system is also protected against explosion and fire.

Modernization involved engine power and blades, which improved aircraft performance in high regions and in hot climates, increased the cruising speed and maneuverability. A larger tailplane improved the controllability of the helicopter. The advantages of the helicopter include resistance to battle damage.

The Mi-28NE was the first Russian military helicopter to get digital avionics. The new version uses a new communications channel that enables the crew to link and control drones.

In 2015 the company unveiled the Mi-28UB, a training variant of the Night Hunter, that uses dual control, enabling the weapon systems operator in the front to control the aircraft in an emergency. The Mi-28UB is also designed for training. Mi-28UB has extended cabin, larger armored windows that improve the view from operator’s cockpit. 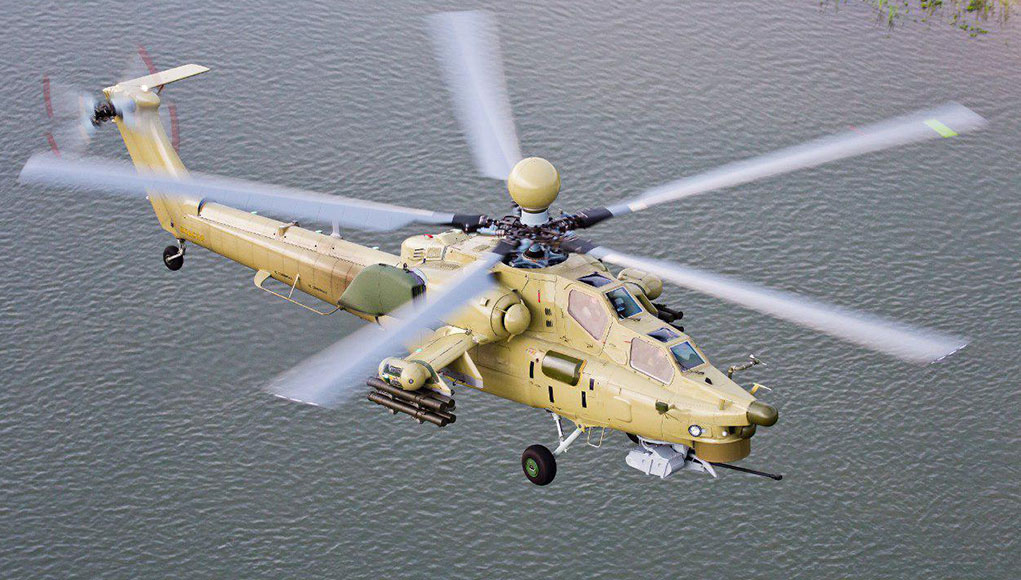 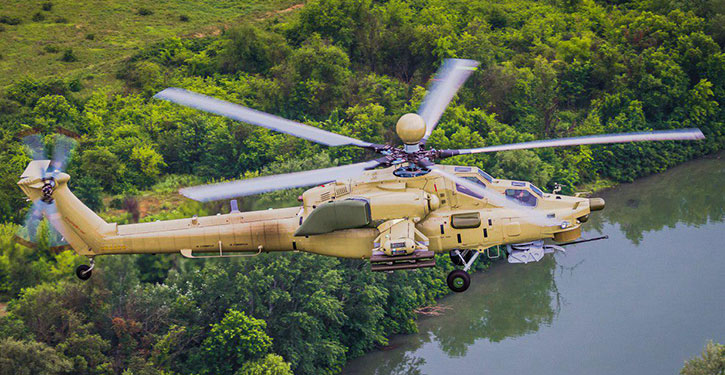