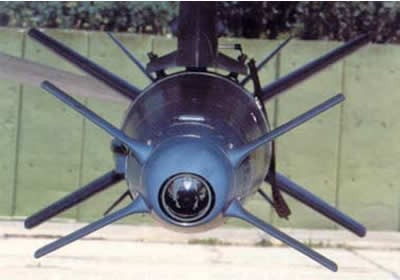 SPICE precision guidance kit, is designed for the Mk-83 and Mk-84 type bombs, including IMI’s PB-500 and enhanced penetration bombs. The 4.2 meter long SPICE equipped bomb is capable of precision strike from a standoff range of up to 60 kilometers, when launched by F-16 class aircraft from an altitude of 42,000 feet. Target acquisition is relatively simple, as the pilot has to fly to a predestinated launch area, where he can select the specific target to be attacked from the SPICE memory. After launch, the weapon is navigated by means of GPS and Inertial Navigation System (INS) (Ring-Laser Gyro), to the target area, where the imaging sensor is activated, and adding scene matching to the weapon’s navigation.

The SPICE locates various reference points and correlates them to find the predicted location of the target even without GPS input. At the terminal homing phase, the weapon is guided exclusively by the electro-optical sensor, to overcome target location error and GPS jamming. Since SPICE is not dependent on laser designation, at close-in distances, the weapon recognizes the exact shape of the target, correlated with the 3D model stored in its memory, which was based on intelligence information.

SPICE’s attack profile can be set to dive steeply onto the target. As the target image gets larger, the weapon selects the exact aimpoint to assure high precision minimizing collateral damage. RAFAEL also offers an optional data-link to provide attack verification and initial battle damage assessment. Unlike many PGMs, the SPICE does not rely exclusively on 1760 bus, and therefore, can be employed on various types of aircraft. Several targets can be preloaded on each weapon. Targets data, flight path and scene details are stored on a detachable memory unit, which can be loaded on the weapon before takeoff. Prior to weapon release, the pilot selects the specific targets. As SPICE is independent of the aircraft data bus, it is autonomous from the aircraft software update cycles, and can enhance the operational capability of operational forces without special preparations and aircraft modifications. 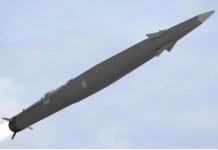