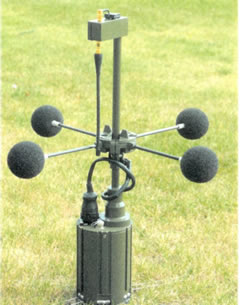 Qinetiq displayed a new concept for “networked UGS“, that is similar to the US planned FCS UGS system also pursued by Textron. EADS demonstrated its concept for a stand-alone video surveillance network called IRIS, providing a system to control four field deployable video cameras for security, force protection or area surveillance application. Another perimeter surveillance system is the Laser Perimeter Awareness System (LPAS) from Goodrich. This system can operate from fixed positions or as a mobile / deployable sensor operating under all visibility conditions, day or night. ODF demonstrated a new version of the Gatekeeper and the Eyeball R1. These unique observation devices are designed for operation in confined spaces. The recent versions are provided with special camouflage coating that conceals the device and make it look like a pebble.