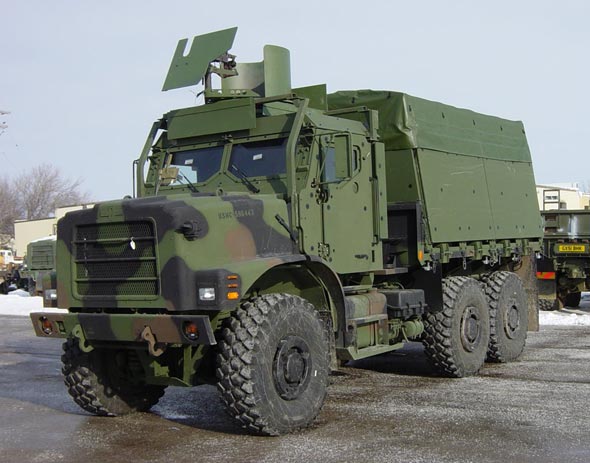 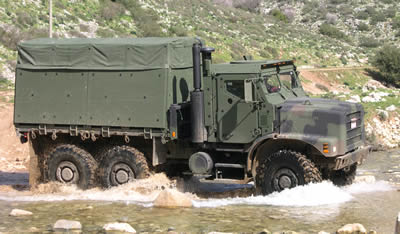 New protection suits were recently introduced for the Oshkosh Medium Tactical Vehicle Replacement truck (MTVR), used by the US Marine Corps. The corps is planning to protect 3,000 of its 3,600 trucks. Plasan Sasa has also introduced an MTVR armoring solution. Plasan and Oshkosh recently won a $144 million US Marine Corps contract to supply 796 ECP-59 Armor Protection Kits (APK) for MTVR trucks, based on Plasan Sasa’s protection systems. According to the Pentagon release, 75% of the work will be done by Plasan Sasa in Israel. With options for  124 additional kits, exercised in February 2005. The completion of this contract is scheduled for December 2005. In September 2005 the Marines added $100 million for 930 additional kits. Completion of the new order which is subcontracted to Plasan Sasa by Armor Holdings, is scheduled by the end of 2006. The total value of the program to date (aprox. 2,000 vehicles) is set at $305 million.

The ECP-59 APK were designed specifically for the MTVR and include cabin protection and armor plating of the cargo bed as well as suspension upgrades and air-conditioning systems. The armor is designed to enable the occupants to return fire behind protected positions. The trucks will be delivered through 2005 starting in the first quarter. The solution provides ballistic and mine protection against various small arms and IED threats. Armor Systems International (ASI) has also proposed an armor kit for the truck. This kit weighs 6,700 lbs and includes the armor, transparent armor windshield and windows. The cab weight is 2,200 lb, and the armor protection for the cargo bed weighs 4,500 lbs. The kit includes LLM blast mitigation system for mine/blast protection.

August 2006: Oshkosh and Plasan Sasa won a US Marine Corps contract to supply armor kits for 700 LVSR trucks. The kits will be developed by Plasan Sasa beginning 2007, to be followed by deliveries through 2010.