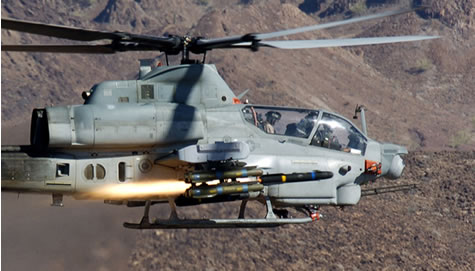 European combat helicopter missions, as part of modern Army Aviation units, are rooted in the 1980s, when NATO deployed large numbers of attack helicopters as part of its defense planning to counter numerically superior Warsaw Pact armor and mechanized forces. Combat helicopters retained essential capabilities to cover the long gaps along the border between East and West Germany. They had the firepower and mobility of tanks, with superior maneuverability and mobility in the vertical dimension, which enabled them the capability to deploy and confront those sectors where the enemy was aiming its main thrusts. Special attack helicopters were designed specifically for this role.

Based on the original combat gunship concept of the Vietnam War era, a new generation of Western attack helicopters was designed, including the AH-64A Apache, AH-64D Longbow and Eurocopter Tiger. These platforms were equipped to locate, pursue and hunt tanks and other priority targets such as mobile artillery, air defense and command and control assets. They were designed to operate independently, or as part of combined hunter-killer teams of observers and shooters. Their weapon systems were based on accurate anti-armor missiles, which improved from basic wire guided second generation missiles, through laser seeking Hellfires and the sophisticated, autonomous (fire and Forget) to third-generation missiles, such as the Hellfire Longbow and Trigat LR, designed for all-weather, autonomous operation.

These missiles were designed to identify the unique characteristics of Russian made armored vehicles, operating in open or covered forested terrain. They could pick up the targets in heavy clutter, discriminate true targets from countermeasures, decoys or burning hulks, lock on priority targets, based on significant and distinctive millimeter-radar or infrared signature, identify the most vulnerable area and strike with maximum kill probability. Since attack helicopters were expected to meet large armored formations in the Central European battlefield, these platforms were designed to rapidly engage multiple targets simultaneously, and generate maximum “kill ratio” before being detected and engaged by the enemy. A primary design goal was the survivability of the platform, which relied on long range engagement with “fire and forget” missile.

After the disintegration of the Warsaw pact and the collapse of the Soviet Union, the threat of full scale war in Central Europe diminished. Low intensity conflicts, which evolved in the Balkans, as well as the Middle-East conflicts demonstrated the importance of the helicopters, as a flexible, versatile and dependable support platform.

Adequately protected and armed, attack helicopters can rapidly deploy to crisis area, either independently or as part of combined peacekeeping forces, carry out reconnaissance and patrol missions, and use precision firepower to support ground operations, deter hostile forces or carry out clandestine operations against guerilla forces, insurgents and terrorists. 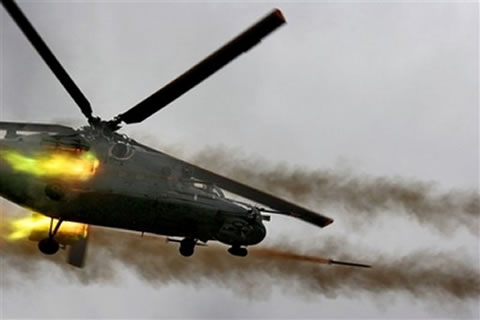