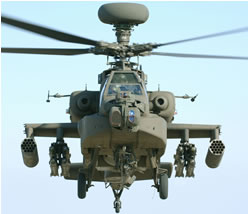 The millimeter-wave guidance of the Hellfire Longbow version (as well as the British Brimstone) is inadequate for missions where are not clearly defined far in advanced (specific types of tanks, missiles etc). For example, the cannot target a ‘red pickup truck’ suspected carrying improvised rockets or machine guns, as it rarely matches a specifically distinguished “target file” stored in the missile’s memory and is too similar to many civilian and innocent pickup trucks moving in the combat area. The missile’s “fire and forget” capability is therefore, a burden, and of no advantage, as it lacks the “man in the loop” wisdom and control. This capability is becoming an essential requirement for successful operations and minimizing collateral damage, when operating in an urban environment.

NATO especially, lacks effective ‘man in the loop’ capability for its expeditionary forces. The mainstay of NATO’s combat helicopter capability remains on missiles developed for the cold-war era, optimized to fight masses of Soviet armor under the worst typical European weather conditions. Missiles such as the Trigat LR were developed since 1988 under collaborative effort of France, UK and Germany. In the recent years, the UK and French governments withdrew from the program. Britain and France have yet to decide on the type of missiles they consider for their attack helicopters. Britain is deploying the Apache Longbow, while France is investigating several alternatives to equip its future forces. The French army has not yet decided on its future weapon for the Tiger, but is inclined to adapt the Hellfire, which has already been selected by the Australians for this helicopter. Turkey, which also considers buying new attack helicopters, is considering the SPIKE or South African Mokopa ZT6 for this role.

Spain has apparently made its choice, selecting SPIKE over Hellfire and TRIGAT LR (PARS-3) for its new Tigers, leaving Germany the only country to back this autonomous 3Rd generation missile, still pursuing this weapon for their Tigers. In 2006 the German government has allocated MBDA 300 million Euros to deliver these missiles. India, developing the NAG 3rd generation anti-tank missile, also pursuing similar a ‘fire-and-forget’ capability, could find itself in the same dead end. 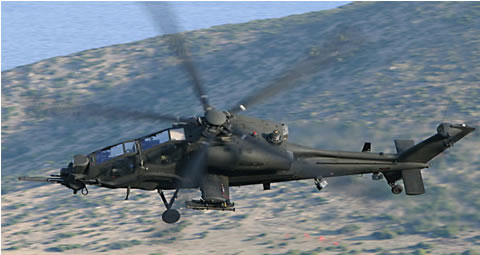