Launched from an FA-18D Hornet, the AARGM detected, identified, located, and guided toward the emitter target using its Anti-Radiation Homing (ARH) receiver. After target radar emissions were purposely shut-down during the missile’s flight profile, the missile utilized its GPS/INS to guide to the final ARH cue, employed active Millimeter Wave (MMW) radar tracking for terminal guidance against the shut-down air defense site. The firing was the fourth of eight planned developmental and the final missile live-fire tests. AARGM is designed to be the successor to the U.S. Navy AGM-88 HARM system. When fielded in FY10, AARGM will be the only extended range tactical supersonic multi-role strike weapon in U.S. and Italian inventory. It will be cleared for operation on FA-18C/D, FA-18E/F, EA-18G and Tornado ECR aircraft. The missile is also designed for compatibility with the F-35 Joint Strike Fighter, EA-6B Prowler and U.S. and Allied F-16 Falcon aircraft. 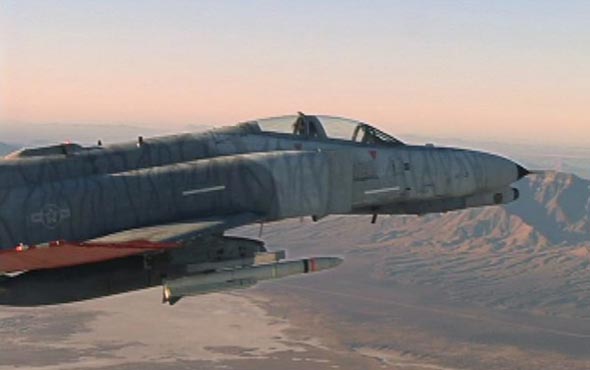