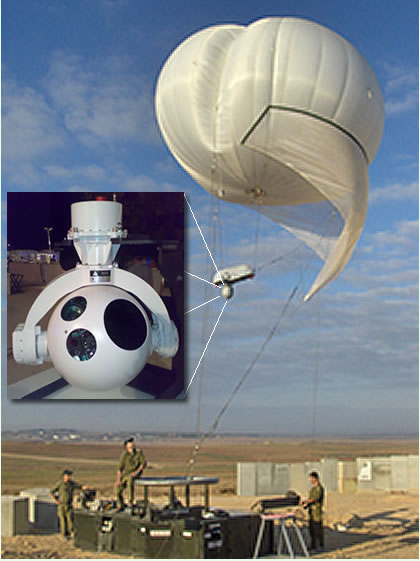 The high stability provided by the Speed-A system’s facilitates some advanced functions built-into the system, including automatic movement detection and panoramic scan, contributing to improved surveillance efficiency even in high wind conditions. ‘Speed-A’ has been fielded with IDF aerostats this year. The system has already been deployed on the Skystar 300 tactical aerostat system (picture above), deployed at an altitude of about 1,000 ft. The Skaystar system was developed by Aeronautics Defense Systems.

Another compact payload fielded in 2007 is the ‘Shapo’ (picture – below left). Weighing about 10 kg, Shapo is designed to carry three EO systems, including a daylight color and FLIR, both using continuous zoom, a laser rangefinder or laser target marker. Shapo is designed for use with helicopters, tactical UAVs, boats and vehicles. Another system recently fielded is the C-View (picture, below right), a rugged, compact and lightweight stabilized EO payload fielded in 2008, designed for naval applications the C-View uses an environmentally protected 3 gimbal stabilized platform carrying a daylight color or FLIR for day/night operation.

The new systems were displayed on the company’s 20th anniversary event held September 23, 2008 in Israel. 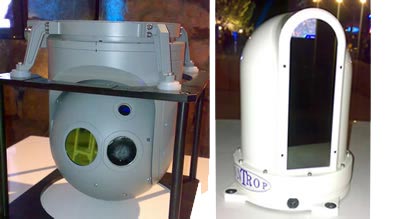 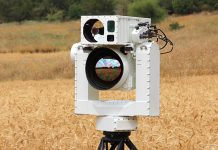