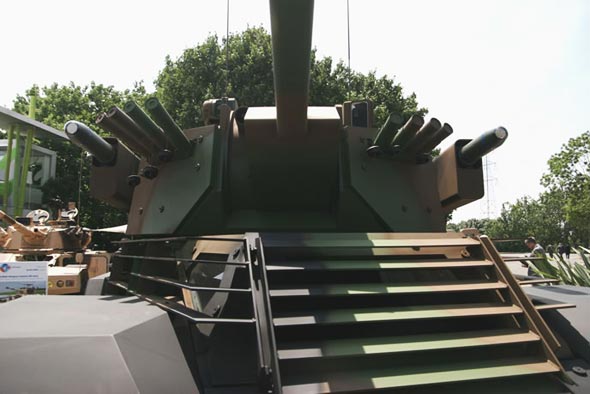 Positioned to be the leading provider for the ERBC, Panhard developed a technology demonstrator called Sphinx with internal funds, introducing an ERBC representative prototype enabling the company and the French defense establishment to study the operational functions of the ERBC. The Sphinx was the only candidate shown publicly at Eurosatory 2010. Unlike Nexter and Renault, aiming to compete for more than one platform of the Scorpion program, Panhard visions only at the ERBC, leaving the rest of the competition to other rivals.

The company has been identified with armored scout cars for many years. The Sphinx follows the general design of Panhard’s past armored scout vehicles – such as the 8×8 EBR, 6×6 ERC-90 and 4×4 AML-90. Beyond the promotion of Panhard’s offering, Sphinx also provides a risk reduction program, demonstrating the maturity of innovative technologies and solutions suggested for the program, providing an integration platform.