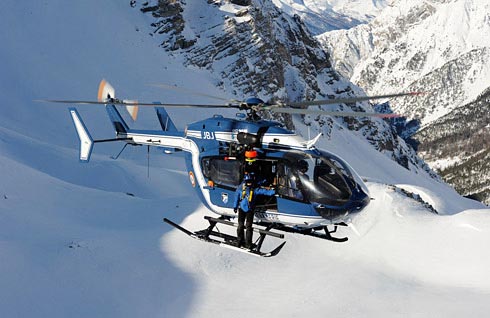 December 2, 2011: Rheinmetall Nordic AS (formerly Simrad Optronics) has received an order worth €36 million from Malaysia to supply Vingtaqs II long-range surveillance, observation and reconnaissance to be integrated in Turkish designed AV8 all-terrain vehicles. The vehicles will be delivered during the period 2014 to 2018. The order was placed by DRB-Hicom Defence Technologies on behalf of the Malaysian armed forces.

December 2, 2011: The first Archer-class submarine was inducted into Singapore navy service with the formal commissioning of the new submarine. Two Archer class submarines were acquired from the Royal Swedish Navy in 2005. RSS Archer (formerly HMS Hälsingland) was launched on 16 June 2009 in Karlskrona, Sweden. The second submarine, RSS Swordsman (ex-HMS Västergötland) was launched a year later and is currently undergoing sea trials in Sweded. The Archer submarine arrived in Singapore on 17 August 2011. Under the command of Lieutenant-Colonel (LTC) Jack Nyeo the Archer successfully conducted system verifications and sea trials in local conditions, prior to the official commissioning. With the enhanced capabilities and combat system such as the Air Independent Propulsion and advanced sonar systems. The diesel electric submarines were built by the Kokhums Swedish shipyard in 1986-1987. Both submarines employ Stirling AIP engines, enabling the submarines to have longer submerged endurance and lower noise signature, enhancing the stealth capability of the submarines.

December 2, 2011: Australian Aerospace delivered the last of 22 Tiger ARH helicopter gunships acquired under Project Air 87. Operating with two squadrons of the Army’s 1st Aviation Regiment in Darwin, the new Tigers are replacing the Bell 206B-1 (Kiowa) reconnaissance and UH1-H (Iroquois) gunship helicopters. Australian Aerospace has manufactured the 22 helicopters and will be responsible for the overall program management and Through-Life-Support (TLS) of the helicopters throughout their service life.

December 2, 2011: Dring an official visit to the Seychelles Chinese Minister for National Defense and State councillor, General Liang Guanglie discussed bilateral security issues with the President of the Republic of Seychelles, James Michel. The visit followed discussions held by President Michel with the Chinese Vice-President Xi Jiling in October in Beijing, which addressed the threat of piracy in the Indian Ocean. Defense cooperation between Seychelles and China has steadily increased since the signing of a Memorandum of Understanding on Defense Cooperation in October 2004. Seychelles is counting on Chinese military assistance through training and equipment to protect the country against pirate attacks. Earlier in 2011 China donated two Y-11E light transport planes to be used for maritime surveillance. “Together, we need to increase our surveillance capacity in the Indian Ocean, and as Seychelles has a strategic position between Asia and Africa, and we are the recognized centre for the coordinated efforts to combat piracy, and develop peace and stability in the region” Michel said.

December 1, 2011: Bell Helicopter has delivered two Bell 412s to the Sri Lanka Air Force. The Sri Lanka Air Force currently has eight Bell 412EP helicopters in its fleet in addition to ten Bell 212s 18 and five Bell2 206 Jet Rangers. Bell Helicopter also announced it received five firm orders with two potential follow-on orders for Bell 412s from PT Dirgantara Indonesia (PTDI) for delivery to government agencies in Indonesia. The five helicopters will be delivered to PTDI by the end of the year.

November 29, 2011: China’s first aircraft carrier began its second sea trial after undergoing refurbishments and testing. The 300-metre (990-foot) ship, a refitted former Soviet carrier called the Varyag, underwent five days of trials in August that sparked international concern about China’s widening naval reach. “After successfully completing its first sea trial in August China’s aircraft carrier platform returned to the shipyard as planned for further refitting and testing,” the defence ministry said in a brief statement. “The work has been carried out and it set sail again on November 29 to carry out relevant scientific and research experiments.”

November 28, 2011: Lockheed Martin is offering a helicopter pod-mounted Airborne Early Warning radar to Malaysia. The ‘Vigilance’ AEW system combines mission equipment developed for the UK Royal Navy’s AgustaWestland AW101 Merlin HM2 multi-role helicopter upgrade employing an active electronically scanned array (AESA) radar technology provided by Northrop Grumman. The system will be mounted in self-contained pods and be capable of supporting tasks such as AEW, fighter control, and maritime and border surveillance. The pods are designed as self contained systems, requiring only power for their operation. The radar can integrate with on-board systems or operate as a stand-alone sensor. Two pods carried on both sides of the helicopter will provide 360° radar coverage. Potential usable platforms include the EH-101, Mil Mi-17, CN-235 medium transport or C-130 Hercules transport plane. Larger platforms could employ up to four operator stations while helicopters could use one, relaying data to ground based operator stations via datalink.

November 25, 2011: Eurocopter delivered the first of six EC145s ordered to date by the Kazakh Ministries of Defense and Emergencies. The helicopters will be used for search and rescue and medical evacuation missions. A total of 45 of the helicopters are to be purchased, and will be assembled by the new joint venture Eurocopter Kazakhstan Engineering, in which Eurocopter and Kazakhstan Engineering have a 50/50 share. The new JV, Eurocopter Kazakhstan Engineering, will be assembling and customizing EC145s at its facilities near the Astana International Airport in Kazakhstan. The company will also enable Eurocopter to provide its customers in Kazakhstan and Central Asia with better local services for helicopter maintenance as well as training for pilots and technicians. The initial delivery of the first six EC145s to the Kazakh Ministry of Defense and the Ministry of Emergencies is expected before the end of the year. The remaining helicopters are to be delivered by the end of 2016.

Indonesia to Spend over 1.5 Billion Shopping for Surplus Weapons

November 25, 2011: Indonesia intends to buy surplus weapons from NATO countries that have reduced their military forces in recent months. Among the equipment being considered are Leopard 2A6 main battle tanks to be procured from German Army surplus, and Apache attack helicopters which could be acquired from the Netherlands, Defense Minister Purnomo Yusgiantoro has confirmed in Jakarta. Other countries considered as used arms suppliers include France, Spain and Italy. The Army chief of staff, Gen. Pramono Edhie Wibowo, said previously that the Indonesian Army was given a special allocation of about US$1.53 billion (14 trillion Rupiah) to buy weapons, including 100 2A6 Leopard tanks and eight Apache helicopters. The Indonesian Army also expects to be able to get multiple rocket launching systems and 155mm howitzers, possibly from France. Several Bell 214 helicopters are also on the Jakarta’s shopping list.