On February 11, Reuters News Service and other media outlets announced some specific details contained in the US Department of Defense’s Fiscal Year 2013 budget submission.  Much of what was released was already known.  The official budget proposal is expected to be released on February 13.  The numbers being reported were derived from documents obtained by Reuters.

The Reuters exclusive indicates that funding for ships and aircraft will be reduced, but will remain high while a significantly lower amount will be spent on ground combat vehicles.  The total of the Pentagon’s proposal is approximately 12.2 percent less than the previous year’s request.

Of the total budget request of $525 billion, $109.1 billion is earmarked for procurement and $69.7 billion for research and development.  Overall this represents a funding request of approximately 7.5 percent below what was previously forecast.

The budget request includes $9.17 billion to continue development and eventual production of the F-35 Joint Strike Fighter (JSF).  This amount includes $2.7 billion in development funding and $6.15 billion to fund procurement of 29 aircraft.  The funding being requested for the F-35 project is down slightly from the 2012 request of $9.25 billion.

DoD also included $1.25 billion in the budget request to fund procurement of six Northrop Grumman Block 40 RQ-4 Global Hawk spy drones, three for NATO and three for the US Navy.  Plans for additional purchases of the Block 30 Global Hawk were scrapped by Secretary of Defense Leon Panetta last month.

Funding being requested for helicopters remains robust.  The budget proposal asks for a 55 percent increase in funding to procure 40 rebuilt AH-64 Apache helicopters and 10 new aircraft.  The five-year $1.3 billion agreement to purchase 59 Sikorsky UH-60 Black Hawk helicopters is not changed in the 2013 budget request.

In the case of missile funding, the Pentagon is asking for $9.7 billion for continuation work on the Lockheed Martin Patriot PAC-3 and other missile/air defense systems to include $400.9 million for the Medium Extended Air Defense System (MEADS) in cooperation withGermanyandItaly.

The US Navy shipbuilding program will be reduced from the $24 billion requested in 2012 to a request for $22.6 billion in 2013.  This money is earmarked to fund two Virginia-class nuclear attack submarines, four Littoral Combat Ships (LCS), two Arleigh Burke-class destroyers, and to cover the costs associated with the initial year of construction for a second new aircraft carrier.

Funding for ground vehicles takes a hit in the 2013 budget, declining 32 percent from the previous year.  The Pentagon is asking for $10.9 billion to cover ground vehicle costs.  Included in this amount is $117 million to fund further design and development of a new light tactical vehicle and a heavier enhanced Ground Combat Vehicle (GCV) for use by the Army and Marine Corps.

Space-related funding will also take a hit, dropping from $10 billion in 2012 to $8 billion in 2013, a decrease of 22 percent.  This decline is in recognition of the cancellation of Northrop Grumman’s Defense Weather Satellite System and anticipation that fewer space launches will be conducted in 2013 and fewer satellites will require funding.

More detailed information will be released on February 13 with the official submission of the Defense budget. 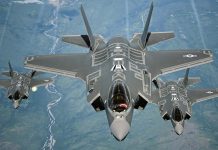