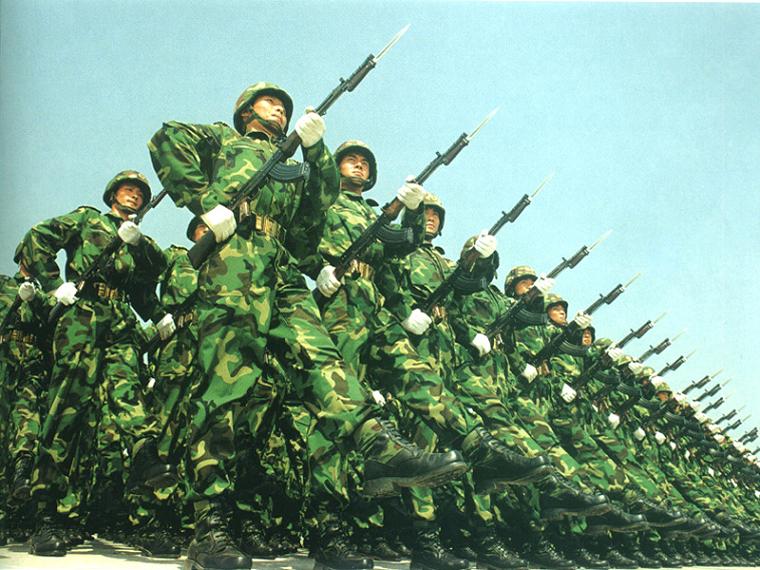 The Chinese government announced plans to increase defense spending to $106.4 billion in 2012 on Sunday, an increase of 11.2 percent over the 2011 defense budget.  This is the first time China’s defense spending officially exceeded $100 billion, but is somewhat less than the 12.7 percent increase implemented for 2011.

During a Sunday press conference, Li Zhaoxing, a spokesman for China’s National People’s Congress, briefly outlined the spending plan with assurances that China remains committed to a national policy of peaceful intent.  In his comments, Li noted that China’s per capita military outlays are “relatively low compared to other major countries.”

Li emphasized the point that China’s official level of military-related spending in 2011 represented only 1.28 percent of the nation’s GDP while US defense spending equaled 4.8 percent of GDP in 2010 and UK outlays exceeded 2 percent of that nation’s GDP.  China’s military spending may, as some analysts forecast, far outdistance the defense budgets of all China’s Asia-Pacific neighbors by 2015.

Most foreign defense analysts are of the opinion that China’s actual defense spending is significantly higher than the official numbers announced by the Chinese government, some analysts expressing the viewpoint that the “official” numbers are as much as 50 percent below actual expenditures.  China rarely includes planned expenditures for nuclear missile forces or space activities, two high-end programs other nations routinely include in their defense budget projections.  If these two programs were to be included in the official Chinese budget announcements, actual expenditures could be greater than 2 percent of China’s GDP.

While China’s overall military spending is second only to that of the United States, it may be as some analysts insist, a mere reflection of the nation’s explosive economic growth and a perception that this growth must be protected.  However, the US Department of Defense estimates that China’s defense spending in 2010 equaled $160 billion, an amount much greater than required to guarantee China’s national sovereignty.

The Chinese military has been blessed with almost two decades of double-digit budget increases that has created a force that other nations in the Asia-Pacific region frequently view as a serious threat to the future peace and stability of the region.

The 2012 Chinese spending increase is a long-term extension of China’s desire to build a modern, technologically-advanced force capable of meeting any challenge, especially any challenge an American shift in focus to Asia might engender.  China can now boast of having an imposing military presence in the region, a fact that is driving neighboring nations to increase their own defense spending and raising fears that China’s intentions are not purely defensive or peaceful.

Chinese leaders have expressed their displeasure with President Obama’s new policy of redirecting American resources to the region as a means of protecting the continued freedom of the sea lanes and the increasing efforts of the United States to strengthen existing defense alliances while creating new alliances among those nations at odds with China’s growing influence.

In recent years, China has added some very impressive new assets to its growing inventory of military weaponry.  China’s J-20 stealth fighter, first aircraft carrier, Anti-Ship Ballistic Missile (ASBM) project, and an aggressive shipbuilding schedule have caused considerable unease among neighboring nations in the region.  Much of this military expansion appears to have a double-edged purpose – to field a force capable of projecting China’s power far beyond its home shores and, development of an integrated defense network capable of denying outsiders access to the region.

Japan, India, Taiwan, Vietnam, the Philippines, and other Asia-Pacific nations have experienced some very tense encounters with China in recent years that have fostered an atmosphere of distrust of Chinese intentions.  Recent disputes centered around the sovereignty of the South China Sea and the vulnerability of the Straits of Malacca have been contentious and intensely volatile for all nations in the region.  China’s military build-up has further exacerbated these tensions.

China’s growing military power, expanding economy, and aggressive claims to disputed territories are likely to intensify the atmosphere of unease that preys on the minds of the leaders of all other Asian-Pacific nations.  Another year of increases in China’s defense spending will undoubtedly increase the existing feelings of discomfort.