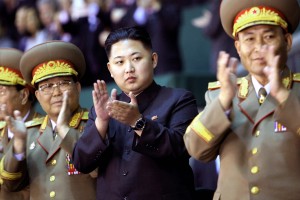 In an unexpected move, Vice Marshal Ri Yong-ho has been officially relieved of his duties according to North Korea’s Korean Central News Agency. At the time of his removal, the 69-year-old Ri held the position of Chief of the Korean People’s Army General Staff and was widely recognized as a strong supporter of Kim Jong-un and something of a military mentor to the new leader.

In addition to his removal from the post of Chief of the General Staff, Ri was also removed from his position as Vice Chairman of the Central Military Commission of the Worker’s Party and his post in the powerful Presidium of the Party’s Political Bureau. The public announcement indicated that the decision to relieve Ri was reached during a meeting of the Worker’s Party Politburo on 15 July.

The official announcement stated that Ri was retired from all of his military and political duties because of ill health although he appeared healthy and robust in several recent public appearances. Most observers believe ill health was not the issue and accept as more likely the prospect that he was purged. Also of some note, North Korean news media did not address Ri by the honorable title of “Comrade,” a veneration commonly accorded high-ranking officials upon their death or retirement. Ri and his parents were known to have close ties to the late Kim Jong-il and Ri’s sudden removal may be an indication that Kim Jong-un intends to lead the North in a direction contrary to that embraced by his father.

How many of Ri’s men have also been removed remains unclear. So far, none are known to have been incarcerated. Some sources have been quoted as saying Kim has purged 20 or more officials from the top ranks since he came to power in December.

On 17 July, Pyongyang announced the promotion of General Hyon Yong-chol to the rank of Vice Marshal and on 18 July he was appointed to the position of Chief of the General Staff as Ri’s replacement. As a veteran Army commander, he has received very little public exposure during his career. Hyon became a 4-star general in September 2010 along with five others including Kim Jong-un and Kim’s aunt, Kim Kyong-hui. Not much is known about Hyon, but many sources have said he comes from a family with ties to Kim Jong-il that goes back to the days of the resistance struggle against the Japanese.

Also on 18 July as soldiers cheered and danced in the streets of Pyongyang, Kim Jong-un was awarded the title of Marshal, the North’s highest active military rank. The thousands of soldiers gathered in Pyongyang added a pledge of loyalty to Kim to their bout of public reverie. The title of Marshal, bestowed previously on Kim’s father and grandfather, is obviously another step forward in the new leader’s efforts to strengthen his hold on the military, the government, and the party. The Korean Central News Agency announced that the decision to promote Kim to Marshal was confirmed by the North’s Central Committee, the Central Military Commission of the Worker’s Party, the National Defense Commission, and the Presidium of the Supreme People’s Assembly.

The rank of “Generalissimo” is the only rank senior to that of Marshal. Kim Il-sung, Kim’s grandfather, held the title and his father was awarded the honor after his death in December.

Kim has steadily added new titles and honors to his resume since rising to power seven months ago. He has been named First Chairman of the National Defense Commission, First Secretary of the Worker’s Party, Chairman of the party’s Central military Commission, and he holds a seat on the Presidium of the Political Bureau. He was confirmed as Supreme Commander of the armed forces following his father’s death in December.

In addition to the most recent leadership changes, many significant changes occurred in April. Choe Ryong-hae, a mid-level bureaucrat, seemed to be a big winner. Choe was named Director of the General Political Bureau, a title that makes him the military’s senior political commissar. He was also appointed a Vice Marshal; an extraordinary move that many observers say is unprecedented given that Choe is a civilian and not a member of the military’s elite.

Choe also gained admission to the Worker’s Party Politburo Presidium and was named Vice Chairman of the Central Military Commission. During the Korean People’s Army 100th anniversary celebrations on 15 April, it was Choe who stood by Kim’s side instead of Ri. Choe’s father was himself a minister within the Korean people’s Army and a close associate of Kim Il-sung.

Choe, having no military experience, has enjoyed a rise in influence that mirrors Kim Jong-un’s own rise to power. Choe is also known to be a close associate of Kim’s uncle, Jang Song-taek. These developments appear to place Choe at the pinnacle of power and influence making him one of Kim’s top aides and close confidante.

Kim Jong-un’s uncle, Jang Song-taek, is also believed to exercise considerable influence within the party and the government. Jang is married to Kim Kyong-hui, Kim Jong-il’s sister, and is believed by some to be the real power behind the throne. These assertions cannot be confirmed. What can be confirmed is that Jang is now serving as Vice Chairman of the National Defense Commission and as Administrative Director of the Worker’s Party Central Committee. Kim’s aunt, Kim Kyong-hui, holds the influential position of Secretary of the party’s Central Committee as well.

Officially, the North is governed by a triumvirate. Kim technically shares leadership of the executive branch with Premier Choe Yong-rim and Parliament Chairman Kim Yong-nam. At least on paper, Kim is the commander of the armed forces while Choe Yong-rim heads the government and Kim Yong-nam is responsible for foreign affairs. For all practical purposes, Kim is believed to have complete control of the nation.

While Kim has publicly continued his father’s “military-first” (Songun) policy, he also announced the promotion of several younger figures with experience in economics to key party positions in April. Although impossible to confirm, this move might be construed to be the first step in Kim’s drive to improve the nation’s economy.

Reuters, quoting an unnamed informant reportedly with ties to Beijing and Pyongyang, reported on 20 July that all of the leadership changes point to an effort by Kim Jong-un and the Worker’s Party to gain greater control over the military with the intent of focusing more national attention and resources on rebuilding the economy. The unnamed source is quoted by Reuters as saying the North’s cabinet created a “political bureau” to exercise more complete control over the military’s role in the nation’s economy with plans to give more precedence to economic reforms that have been opposed by hardliners like Ri Yong-ho.

Kim Jong-un reportedly established an “economic reform group” within the Worker’s Party with a mandate to develop new concepts to implement economic reforms. Beijing is believed to be a key advocate behind the drive for economic changes in the North. Beijing has long feared that an economic catastrophe in the North would lead to a mass exodus of North Korean refugees crossing the border into China.

Reuters’ inside source claims that Kim and Jang “are in control of the military” now and are in a position to initiate economic changes without fear of military opposition. Other changes in the “Hermit Kingdom” have recently come to public notice as well.

Women have been seen sporting short skirts in public venues, a recent rock concert drew applause from Kim Jong-un himself, and Kim has demonstrated he is not the reclusive figure of mystery his father was. In Pyongyang, new buildings are under construction and citizens on the streets can be seen talking and texting on cellphones. Such matters may seem minor, but they do seem to signify that change is coming to the reclusive communist regime. How far any new reforms may extend remain unknown at present, but future events may shed more light on Kim Jong-un’s vision for his nation in the future. 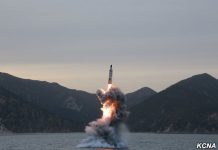 North Korea launches a Ballistic Missile from a Submarine 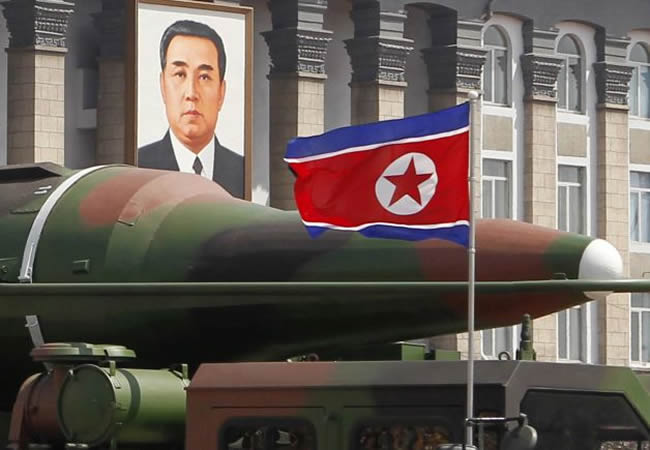 US should be prepared to meet North Korean KN08 ICBM 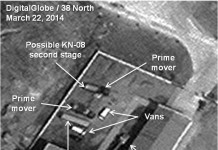