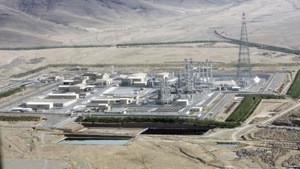 While the 5+1 negotiations with Iran progress, Tehran continues the ‘Smile Campaign’, reaching an understanding with the United Nations (UN) to cooperate on resolving outstanding issues regarding the country’s nuclear program. Talks Monday between the head of the International Atomic Energy Agency Yukiya Amano and Iranian nuclear chief Ali Akbar Salehi yielded a roadmap that will allow wider U.N. inspections, broadening the sites under inspection to include the disputed heavy water reactor site at Arak and the Gachin uranium mine, providing the raw material for processing the ‘yellow cake’, necessary for uranium enrichment at other facilities in the country. These concessions could, potentially, provide IAEA a trip-line indicating a potential Iranian ‘race to the bomb’, assuming that tehran has not secretly acquired enough fissile material to build such weapons.

There has been hope that the election of new moderate Iranian President Hassan Rouhani in June will lead to progress in both the talks with the IAEA and the group of six world powers. Mr. Rouhani told his parliament Sunday that Iran will not give up what it considers its nuclear rights, including uranium enrichment on Iranian soil, in any deal with international negotiators.

The heavy water reactor Iran is building at Arak has been a major concern for IAEA. In June the US said it was “deeply troubled” by Iran’s plans to start the reactor in 2014, a process that could yield nuclear bomb material while failing to give U.N. inspectors necessary design information about the plant. “We are deeply troubled that Iran claims that the IR-40 heavy-water reactor at Arak could be commissioned as soon as early 2014, but still refuses to provide the requisite design information,” Joseph Macmanus, the U.S. ambassador to the IAEA, told the 35-nation IAEA Board of Governors in June.

Iran said the Arak plant will make isotopes for medical and agricultural use. But analysts say this type of facility can also produce plutonium for weapons if the spent fuel is reprocessed — something Iran says it has no intention of doing.

Tasked with ensuring that nuclear material is not diverted for military purposes, the IAEA says Iran must urgently give it design data about Arak to allow it to monitor the site properly.

At present, the disagreement between the agency and Iran is mainly procedural, IAEA member state must inform the Vienna-based U.N. agency about a nuclear plant, and give design details, as soon as it has decided to build one. Iran claims it must only do so 180 days before bringing atom fuel to the plant. Iran’s agreement to yield to inspections could therefore mean the Arak reactor could become live by mid 2014.

The IAEA has been focused for two years on reaching a deal with Iran to gain greater access to nuclear program documents, personnel and sites. Meanwhile, U.S. Secretary of State John Kerry said Monday during a visit to Abu Dhabi that critics, including Israeli Prime Minister Benjamin Netanyahu, must recognize that world powers have not yet reached any agreement in their talks with Iran. He said the 5+1 (United States, Britain, France, China, Russia and Germany) were united on the plan they presented to Iranian negotiators Saturday in Geneva, but that Iran could not accept it at that time.

The powers are seeking to persuade Iran to suspend work that could allow it to build nuclear weapons in exchange for easing some sanctions against Iran. Those negotiations are due to resume next week. Kerry said Monday it would not be responsible to ignore an opportunity to come to a verifiable agreement with Iran that would prevent it from developing nuclear weapons.

Israel, which calls Iran’s nuclear drive a mortal threat, has warned against any deal that would leave some of Iran’s nuclear fuel-making capacity intact, while giving Tehran respite from sanctions