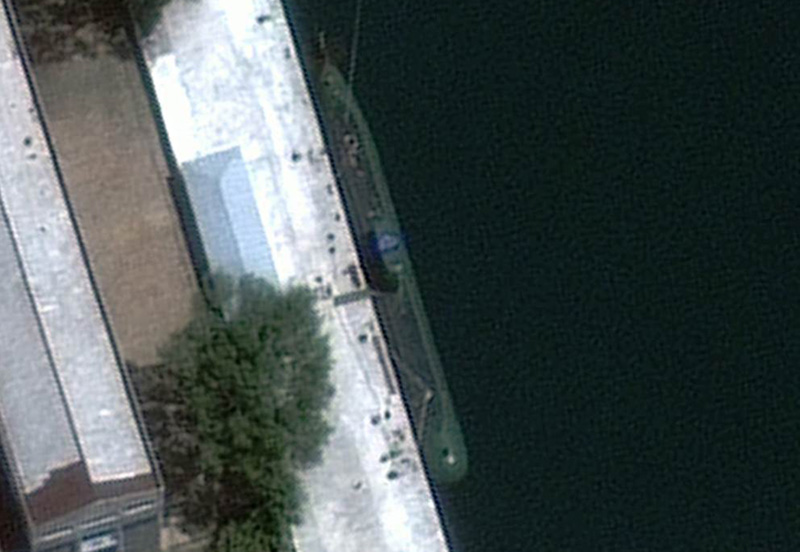 The U.S. publication said that U.S. intelligence agencies observed the land-based test of the ejection launcher in late October at a facility known to be a key development center for the communist state’s submarine-launched ballistic missile (SLBM) program. The source speculated that the launcher also could be used by North Korea to launch ballistic or cruise missiles from the deck of a freighter or other kinds of surface vessels.

U.S. intelligence agencies several years ago reported that North Korea acquired SS-N-6 SLBM missiles covertly from Russia. That missile was adapted by the North Koreans into a new intermediate-range ballistic missile. The missile was designed to be ejected from a submarine launch tube prior to ignition.

Earlier in November the South Korean publication Yonhap  reported that North Korea has launched a new submarine capable of firing ballistic missiles. Yonhap quoted military and government sources in Seoul. “The communist country “is believed to have completed construction of the new submarine after importing a Soviet-era Golf-class diesel submarine and reverse-engineering it,” a government source said on condition of anonymity. The Soviet vessel was built in 1958 and decommissioned in 1990.” Yonhap said. “The new submarine is 67 meters long with a beam of 6.6 meters, and has a dived displacement in the 3,000-ton range,” the source said.

While the initial report has captured headlines, the 38 North site that provided much of the preliminary facts is raising caution about the true capability of the submarine and level of maturity of the North Korean SLBM program.