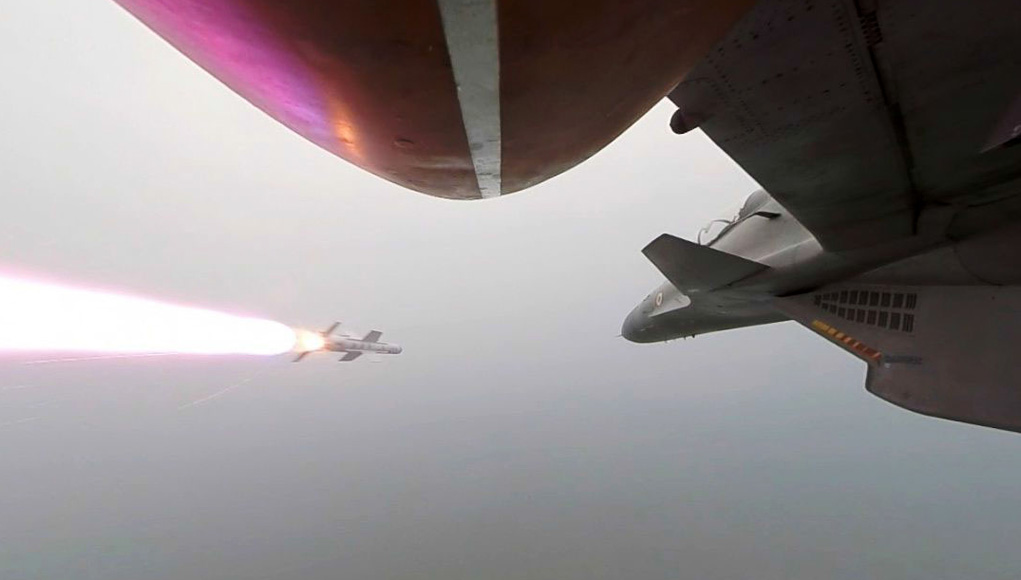 India’s Beyond Visual Range (BVR) air-to-air missile ASTRA completed a successful test flight on thursday. Developed by the Indian Defense Research and Development Organization (DRDO), the unarmed missile was launched from a Sukhoi Su-30MKI against a Lakshya target over the Integrated Test Range in Balasore, off the coast of Odisha. Telemetry and Electro-optical tracking stations confirmed the successful engagement. Operational ASTRA missiles will carry a 15kg high-explosive fragmentation warhead.

It was the fifth air launch of the Indian BVR missile. The first live launch was carried out on May 4, 2014. A previous test earlier this week has failed, as the missile failed to launch. More tests are scheduled to follow, as part of the weapon’s validation and integration program, with SU-30MKI and LCA, activities currently undertaken by Hindustan Aircraft Ltd. The recent test confirmed the missile’s high turn rate (30g). Astra is designed to intercept targets beyond visual range, head on at a range of 80km, or 20 km-range in tail-chase mode.

Prior to the live launch, rigorous Captive Flight Tests (CFTs) were carried out by IAF with the support from HAL during the 2012-2014 period. The CFT trials were carried out in three phases to assess the aero-structural and mechanical integrity for carriage, validation of Weapon Control System and its electrical and avionic interfaces with missile and performance of missile system in transmission and reception mode of missile seeker respectively. 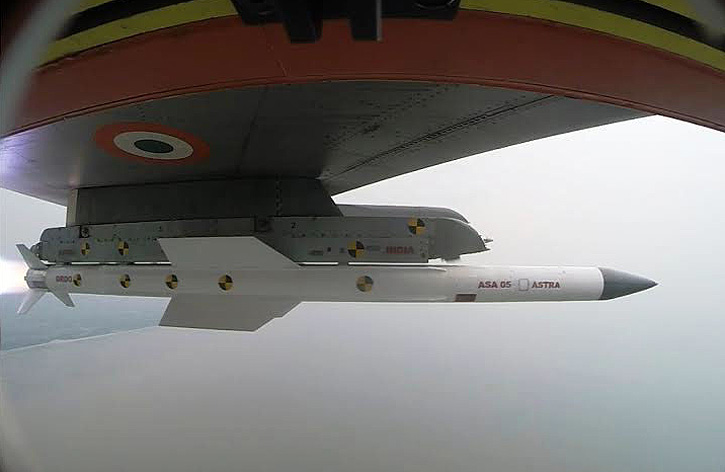