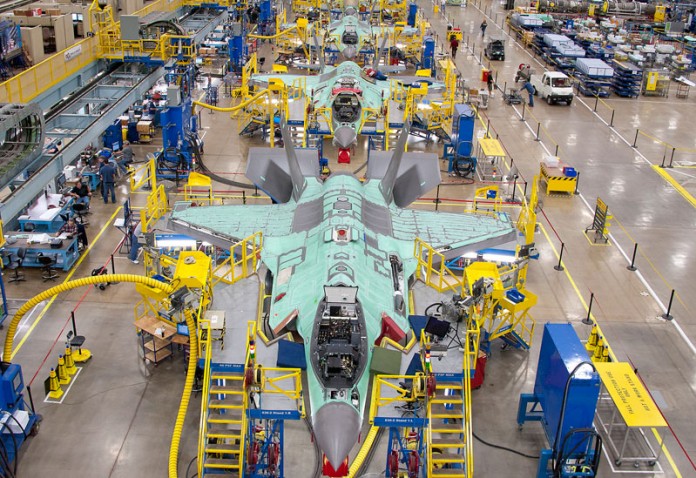 The US Department of Defense (DoD) has released today details on major defense acquisition program cost, schedule, and performance changes since the December 2013 reporting period. In aggregate, the current SAR reflects a cost decrease of more than $9 billion (-0.6 percent) for the 79 Selected Acquisition Reports (SARs) totaling $1.6 trillion, submitted to the Congress for the December 2014 reporting period.

The biggest saving reported in 2014 was in the F-35 Joint Strike Fighter (JSF) and F-135 engine program, that decreased $7.4 billion in the cost of Research, Development, Test & Evaluation (RDT&E), procurement and infrastructure spending over the 32 production years (from $398.5 bn to $391.1 bn). According to Lockheed Martin, the actual contract negotiated cost of aircraft and engine with fee (LRIP 8) continues to come down, and remains well below the SAR lot yearly URF estimates. The current average F-35A price is $108 million (with engine) and is $4 million lower than lot 7 prices.

The cost of Operations and Sustainment (O&S) for the 65 year lifetime of the F-35 program is expected to be three times the procurement cost, and is estimated by the Director, Cost Assessment and Program Evaluation at $1016.5 bn. CAPE, which also authors the SAR, does not update program O&S cost numbers until a major program milestone is reached. However, the F-35 Joint Program Office (JPO) estimates the revised overall O&S cost at $859 bn.

A $9.1 billion saving was achieved by revising accounting estimates, incorporating the latest labor rates for all variants of the F-35, as agreed with prime contractor Lockheed Martin and its subcontractors, along with revised escalation indices. Further savings were achieved in the cost of initial spares requirements, due to maturation of the technical baseline and definition of customer requirements and bed down/fielding plans. These decreases were partially offset by increases for revised airframe estimates based on actual costs from early low rate initial production lots (+$4.6 billion).

Subscribe to read more highlights on the SAR report