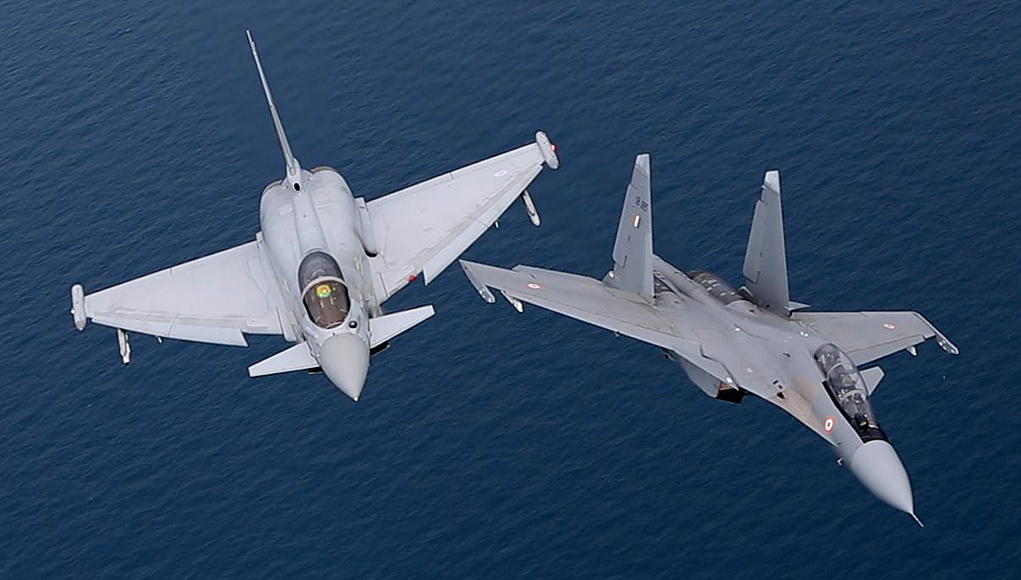 A 190-member Indian Air Force contingent, operating four Su-30 fighters, an IL-78 tankers, one C-17 strategic transport aircraft and one C-130J tactical airlifter, is training in the UK this week as part of a ten-day long bilateral exercise ‘Indradhanush’.

The exercise began July 21 and will last through the end of JUly. The goal of the exercise is to project air power in transcontinental deployment, as part of a task force comprising Su-30 MKI fighters, IL-78 tankers, C-17 strategic and C-130J tactical airlift aircraft.

No. 2 Squadron is based at Kalaikunda Air Force Station, and specializes in close air support.

The IL-78 and C-130J will also be inducted in missions along with the fighters. The C-130Js are operating with their RAF counterparts carrying out paradrops and tactical air supply missions.