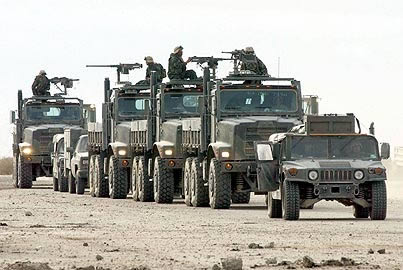 One of the most important requirements for combat vehicle’s protection is counter mine design. Traditionally, guerilla forces used standard mines to hit enemy patrols and military vehicles. Such mines included small (anti-personnel) or larger anti-tank mines, as well as armor penetrating and self-forged fragmentation (SFF) mines. Mines originally developed as a defensive weapon, were originally used to delay and disrupt enemy movements into a defense organized area. Mines are usually laid on the ground either exposed or buried, and are activated by pressure, magnetic influence, or other effects (tripwire, etc.). When employed by paramilitary and guerilla forces, mines are used mainly buried in unpaved remote countryside routes. Mines are usually based on few common operating mechanisms, which are familiar to mine disposal professionals. Therefore, effective protection and countermine techniques can be employed against such threats.

Protection of vehicles against mines generally follows several guidelines, including blast deflection, mitigation and roll prevention. The most common technique is the use of oblique blast absorbing panels, on the hull floor. These panels are deflecting the shock and fragments outside the fighting compartment, and stabilize the vehicle, preventing it from rolling over. Another concept is the use of outrider wheels, covered by spacious wheel bays which disintegrate by the blast, absorbing much of the pressure thereby reducing the lethal effect on the vehicle’s hull. Such elements were implemented on South African and Indian mine-protected vehicles, as well as the Israeli RAM and RAM-2000 and the mine protected Abir version.

The rise of the global terror, assisted by the proliferation of modern communications technology, introduced a dangerous shift from the familiar standard issue weapons, to the use of improvised explosive devices (IEDs). The introduction of such makeshift weapons proliferated in Ireland, Chechnya, Iraq and Afghanistan, Bosnia, Lebanon and by the Palestinians in the occupied territories. As evidently proved in Iraq and Chechnya, the use of such explosive devices is not adopted from lack of basic, standard issue weapons, but due to the tactical advantages of such systems, when employed by loosely organized urban guerilla cells. Unlike the mine which is triggered by pressure or magnetic influence, IEDs do not necessarily require physical contact or pressure for activation but can be activated by remote control, including wire, electronic signals or cellular phone. This mode of operation can be employed against selective targets, even on busy urban traffic lanes, as repeatedly demonstrated in Iraq. In fact, the IED has become the symbol of the modern urban guerilla.

Standard mine protected vehicles do not always provide the optimal protection against IED. But they can provide the first of defense when an army encounters IED environment. Since operation of IED is characteristic of urban guerilla warfare, rapid response against IED is imperative for survival. Unarmored vehicles must be fitted with armored cabins, providing reasonable blast protection, on top of standard bullet-proof defense. Large windows, firing ports and access doors on both sides of the vehicle, are required for rapid and safe dismounting of the crew, enabling them to regroup and respond quickly with effective fire. Such concepts are provided for both Humvee tactical utility and transportation vehicles, such as the MTVR truck and Remote controlled firing stations, mounting light machine guns, Automatic Grenade Launchers (AGL),

observation systems and ranging devices (target markers, laser rangefinders etc), are required for effective counter-IED action in an urban environment. Such equipment is of course vulnerable, but mutual cover by precision firepower from adjacent vehicles in the combat patrol denies the enemy further damage, provided that the engagement is quick, decisive and accurate.