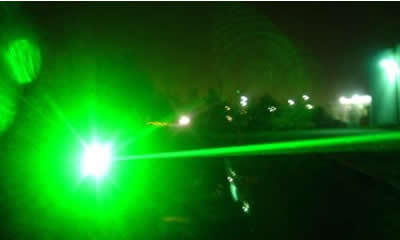 Anti-personnel non lethal directed energy weapons include lasers, high power electro-magnetic pulse and directional acoustic weapons. One of the systems currently in use is the SaberShot laser dazzler – this hand held or weapon mounted low-power device uses 250Mw of 532nm green-laser. When directed at the target, the laser’s optics temporarily expand to generate a blinding light which penetrates smoke, fog at twice the range of white light. Modulation of such high intensity light cause disorientation, dazzle and blink reaction that reduces the target’s activity. Such weapon could be used to disorient and degrade performance of potential threats, such as snipers, or RPG launchers. 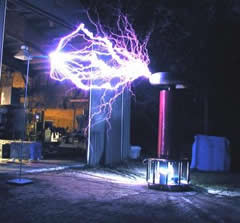 Other laser-guided directed-energy weapons work like “artificial lightning” to disable human targets or electronic circuits. Laser Induced Plasma Channel (LIPC) technology was developed by Ionatron to channel electrical energy through the air at the target. The interaction of the air and laser light at specific wavelength, causes light to break into filaments, which form a plasma channel that conducts the energy like a virtual wire. This technology can be adjusted for non-lethal or lethal use. LIPC operate at line of sight, allowing propagation of electrical pulses to be directed at a specific target. LPIC based weapon could, in theory, be fired around corners if mirrors were used.

Directed microwave energy is also utilized for non lethal weapon system applications. Raytheon’s Active denial System (ADS) is a non lethal, counter-personnel directed energy non-lethal weapon which can be used to protect fixed positions or from mobile as well as airborne platforms,  against human targets at distances beyond the effective range of small arms. A similar system is currently at an initial development phase at applied physics lab of the the Israeli Technion.

Directed Acoustic Weapons
In the past, acoustic non lethal weapons were primarily used as “flash bang” weapons. When blasted over a crowd or in a room, they created a loud noise and bright flash incapacitated people exposed to the effect for a few seconds. Flash bang charges are used on forced entry and counter-terror operations, when hostages are involved. As they indiscriminately hit every human exposed to the effect, operation of “flash-bang” requires precise timing and procedures to maximize effect on hostiles and eliminate potential damage to friendly forces.

Currently, acoustics are far more advanced than mere noise. Following the impressive technology advancement in solid state electronics, advanced acoustic systems are becoming operational. In 2004 American soldiers in Iraq were equipped with a Long Range Acoustic Device (LRAD) used for land based and naval applications. LARD works like a highly directional, high power megaphone, able to blast sounds (such as crowd-dispersal instructions in Arabic) in a narrow beam and with great clarity at a deafening 150 decibels (50 times the human threshold of pain). LRAD can also create deafening noises which can incapacitate people within 300 meters by “firing” short bursts of intense acoustic energy. 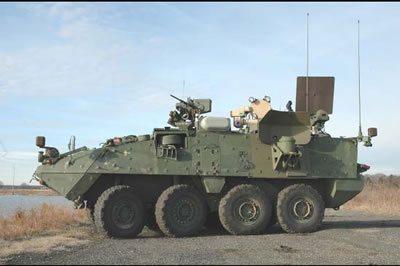 A different acoustic weapon is the vehicle mounted Acoustic Blaster, developed by PRIMEX Physics International. This weapon can be used for area denial, and against selected groups in crowds, mobs and rioters or in a hostile situation. The weapon can be operated by a single person. So far the system was developed as a prototype consisting of an array of four combustion detonation driven devices fired simultaneously or independently. The detonation creates an acoustic pressure of up to 165dB at a distance of 15 meters. The resulting acoustic pressure waveform can be optimized for acoustic-physiological coupling to targets for antipersonnel applications. The US Air Force Research Laboratory (ARL) is also working on a Sequential Arc Discharge Acoustic Generator (SADAG) which produces high-intensity impulsive sound waves generated by  electrical means.

A different acoustic weapon is the high power acoustic phased array of 36 horns which can focus the acoustic output at the target. The high power noise created within the target can incapacitate humans from a standoff range. The system can be mounted on a tactical vehicle, and radiate a narrow, high power steerable acoustic beam, disorientating humans. Both horizontal and vertical beams can be formed simultaneously to create a point effect within buildings.

A different application is the shockwave weapon, employing the Vortex Ring Gun system. Generating high power shockwave propagating at supersonic speed, Vortex ring Guns can generate high pressures which inflict considerable damage to a target, or carry a payload of kinetic or chemical agents over a distance beyond 20 meters. 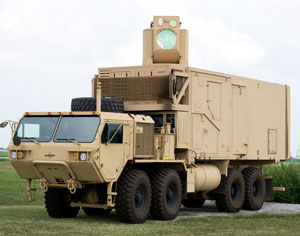