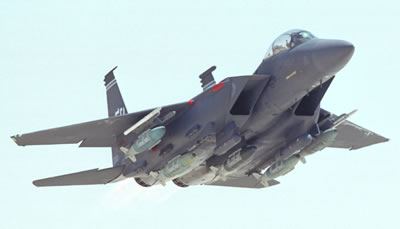 JDAM is a low-cost guidance kit converting existing unguided free-fall bombs into accurately guided “smart” weapons. It is comprised of control Surfaces strapped onto the weapon’s outer frame, and tail section housing the guidance kit, electronics and movable tail fins, which guidance maneuverability for guidance. Additional versions of the weapon including imaging infrared seekers and seekerless, are under development for the US Navy. Range extension kits designated Diamond Back are also under development by MBDA for JDAM and its Small Diameter Bomb (SDB) derivatives. The weapon is constantly undergoing upgrades, and one of the recent additions is the introduction of new GPS-anti jam equipment, designed by Harris.

Based on mission planning target allocation parameters, JDAM can  attack simultaneously, multiple targets in a coordinated strike by single or multiple aircraft. In October 2003 the U.S. Air Force successfully completed their first 80 guided weapon flight test demonstration of the MK-82 500-pound JDAM from a B-2 bomber. The bomber engaged 80 separate targets with 80 JDAMs in a single 22-second pass. All bombs were released from four “smart” bomb racks, flew their planned flight paths and attacked all 80 targets. Before JDAM is dropped, the weapon must be loaded with a set of coordinates to designate the main and alternate targets. 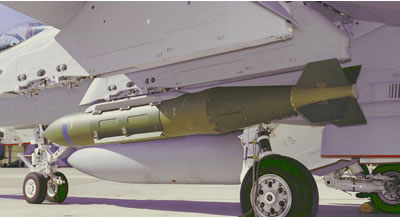