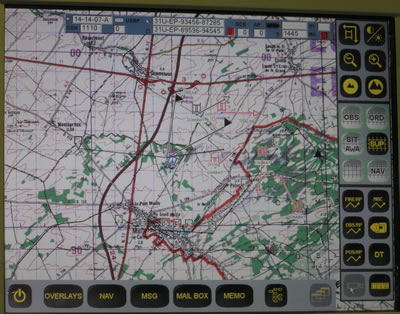 SIT, also known in its export configuration “Finders”, is a battle management system, developed by GIAT industries as part of a comprehensive combat vehicle digitization program, deployed with French Army AMX-10P and Leclerc tanks, and is expected to be fielded with the future VBCI armored infantry carriers. Some 500 SIT units are currently deployed with the French and UAE armies. The system is designed to support units up to battalion level.

The graphical display depicts a cartographic (map) display of the area of operation, with situational picture showing the location of friendly elements, and identified or suspected targets. Selectable overlays are showing operational plans, enemy formation enemy movements, generated by intelligence analysis. Other templates show technical and logistical status and reports. The display becomes a centerpiece of information management through the combat engagement, as it provides the commander with full situational display, an effective tool for orientation and observation, identification and reporting about potential targets and threats, as well as timely activation of countermeasures. The system also enables control of communications equipment, management of on-board radio sets etc. SIT/Finders systems are interoperable with NATO standards including ADat-P3 and ATCCIS (Army Tactical Command and Control System). 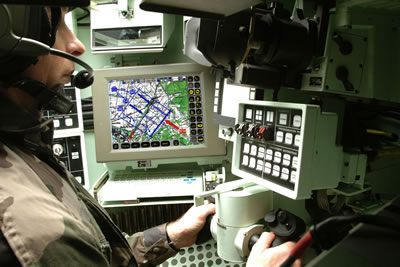 The improvements introduced in the new SIT-V1 version support PR4G VS4 IP radio technology, standard based operational messaging supporting next generation SICAT NCi, replacing previous V1 standard, the new system also supports vector and 3D formatted maps. A version of the system is currently converted to support Windows based systems. SIT-V1 will be introduced into all VBCI armored infantry fighting vehicles, upgraded AMX-10RCs and VBL scouts, as well as the VB2L command vehicles. Operational evaluations of the system were performed in 2005 with a squadron of AMX-10RC, VBLs and VB2Ls from the 1st Foreign Cavalry Regiment with further qualification of the systems expected through 2006. The ICONE derivative of the SIT-V1 has aleady been integrated into production Leclerc tanks, and will be delivered as an upgrade for all tanks in French Army service starting 2007.

Another enhancement is the “Off vehicle SIT V1” – loaded onto a small hand-held computer, the off-vehicle SIT-V1 system is designed for dismounted operation offering operation continuity for dismounted troops. The system is compatible with the recently fielded SIT-V1 TTA software updates, which offer enhanced flexibility and compatibility with more platforms. 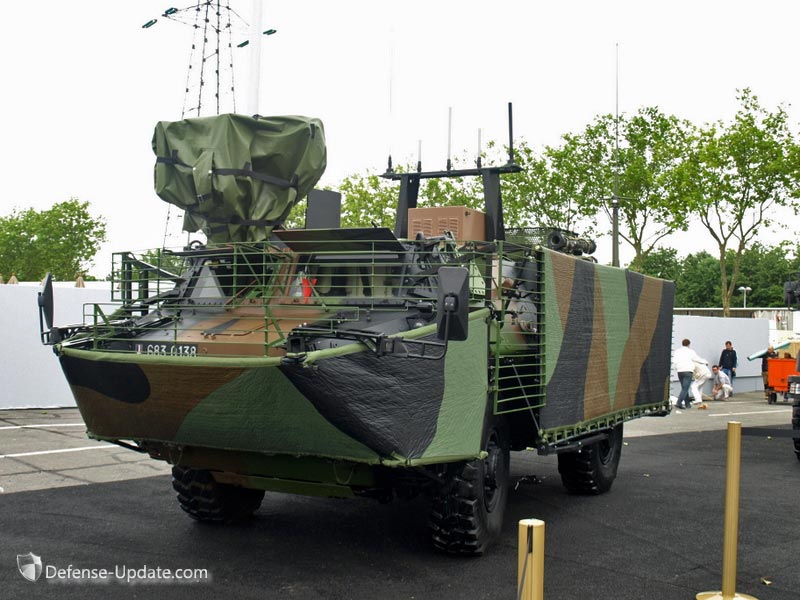 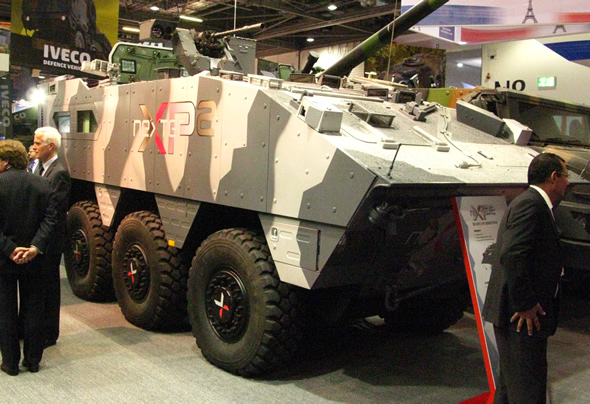