The Multi-Purpose Rifle System (MPRS) fire control system is designed by International Technologies Lasers (ITL) for modern and future “land warrior” type applications. The MPRS measures the range to the target, displays a corrected aiming point for proper elevation necessary for an accurate fire, and automatically sets the time delay fuse in the grenade to activate the bomb just before impact, at a preset altitude over the target. The fuze can also be set to explode at a preset delay after an impact, to enable penetration of a soft target (a window, for example). IMI is also developing two new submunitions for the Refaim. The MPRS has additional C4I functions, including a digital compass and laser pointer which provide effective coordination in the battlefield, as well as full integration into tactical command and control systems. Information from the system can be displayed at the team and squad level, neighboring forces such as tanks or helicopters, or link up to higher echelons.

Based on the MPRS, or its standard MARS reflection sight, ITL is also offering “round the corner” application for its advanced “Urban Warrior” program. The system comprises of a video camera mounted on the weapon, “looking” through the MARS  (red dot sight used on the current Tavor assault rifles) which clearly shows the aiming point. The image can be transmitted to an eyepiece work by the soldier or sent back to a forward command post where it provides real-time monitoring of the combat situation. ITL also offers a wearable computer for the “Urban Warrior”, which provides navigation, situational awareness and coordination, target identification, ranging, reporting etc.

When integrated into infantry weapon systems, MPRS can be coupled with the Warrior Compact Targeter (WACT) developed by IAI/MLM. 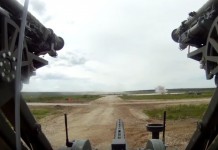