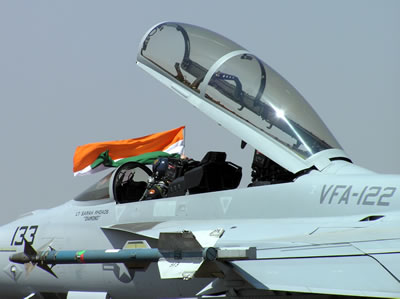 The most prominent program that dominated the recent air-show is the long expected US$6–11 billion plan to replace aging MiG-21s, 27 and Jaguars with 126 new multi-role combat aircraft (MRCA). The program was repeatedly delayed since 2005, when a formal request for Proposal (RFP) was expected. Although such request has not been filed yet, unofficial plans are calling for initial procuring of aircraft as early as 2010, as these are desperately needed to enhance operational readiness primarily with current MiG-21 squadrons, severely depleted in recent years due to the deterioration of aircraft, frequent technical failures and crashes.

Considered to be the largest, single fighter procurement outside the U.S. market, this program attracted all major world players gathering in Bangalore. The optimistic tried to impress the locals with stunning flight demonstrations while others opted to reserve their resources pitching their offers pampered with attractive economical benefits.

All major producers of combat aircraft were present. The Russian Aircraft Corporation (RAC) MiG Company, demonstrated two versions of the MiG-29 – the MiG-29M OTV flight demonstrator, equipped with two 3D thrust vector nozzles, RD33 engines and fly-by-wire technology. (Thrust vector technology is already used on the Indian Air Force Su-30MKI.) Bangalore was the first international debut for the production version of the MiG-35 (Nato reporting name Fulcrum F), which was unveiled in Russia only one month before the exhibition. This aircraft is based on the MiG-29M OTV, using the RD-33 which could mount the OVT thrust vectoring control (TVC) kit to improve the aircraft maneuverability. It also uses the latest Zhuk-AE phased array active electronically scanning array (AESA) radar. On the parked MiG-35 VIPs could get a closer look at the Russian latest AESA radar – the Zhuk-AE AESA, developed by Phazotron NIIR Corporation. India is already operating the BAR phased array radar on its Su-30MKI and has specified AESA as a critical element of the MRCA platform.

Two American competitors entered the contest – Lockheed Martin displayed the F-16 while Boeing demonstrated the twin-engine F/A-18E/F. Both companies are proposing their latest versions for the MRCA program. The Super Hornet is slightly large and considered to be an expensive proposition for the Indian requirement but is including almost all Indian requirements in the basic ‘Super hornet’ standard. The F-16 is also a suitable option. Although the aircraft is considered to be at the end of its “career”, and its maneuverability is inferior to the MiG-35, Lockheed Martin is expected to offer the F-16 with highly sophisticated avionics package, including the APG-80-0 AESA radar, making this mature platform an interesting proposition for the Indian requirement, especially when net-centric precision attack is considered.

Gripen International sent three aircraft to participate at the airshow, two twin-seater JAS-39D and a single seater JAS-39C. Saab also installed a complete Gripen cockpit simulator, at a special pavilion, to introduce visitors to the aircraft unique attributes. Gripen is well positioned to attract Indian attention with a sleek, modern and cost efficient platform, designed as a multi-mission aircraft suitable as a compact companion to the larger Su-30MKI. The manufacturer plans to offer India the new version, similar to the JAS-39N competing against the JSF for a Norwegian Air Force order. Saab has designed the aircraft with an “open” architecture, enabling efficient integration of modern or indigenous avionics, weapons and other systems. Designed to address Swedish operational concept of deployment from dispersed emergency locations, Gripen requires minimal support when operating at forward operating bases and offers the lowest life cycle, operating and support costs for its class. The JAS-39 engines is the F-404, identical to the one used in the first batch of LCA Tejas, offering logistical advantages for the IAF.

French Dassault is promoting the Rafale for the MRCA competition. Experienced with the way decisions can be dragged in India, sources at Dassault told Defense Update that they expect the decision may not be as imminent as some tend to think. The company is also expecting an Indian decision to modernize part of its Mirage 2000 fighters. The European consortium Eurofighter will also submit its proposal for the MRCA, offering the Typhoon, which has recently won an important order from Saudi-Arabia.

The MRCA decision will not be based only on technical consideration. India is expected to gain the highest dividends of its investment, either by gaining more concessions from Russia, such as imposing of export restrictions on China, preventing the delivery of advanced engines slated for the upgrade of Pakistani air-force Chinese made aircraft. While Russia leans more toward India, the U.S. continues supporting Pakistan. Within the recent months, the US government cleared multiple arms transfers to Pakistan, including F-16 fighters, helicopters, maritime patrol aircraft and various missiles. Balancing its close ties with Pakistan, the U.S. recently softened its position toward India – one such step was the relaxation or export restrictions related to business transactions with India’s civilian nuclear plants.