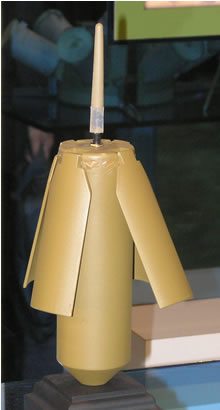 Unattended Ground Sensors (UGS) developed as part of the Future Combat System family of combat systems was recently tested by the US Army in an urban warfare test and received positive after action feedback from the troops. The US Army plans to introduce the FCS-UGS to the current force as a spin-out of FCS, as early as 2008. During the experiment, Textron System’s UGS provided real-time images to battle commanders, allowing real-time situational understanding and actionable intelligence.

Another autonomous system, the Intelligent Munition System (IMS), provided detection and successful elimination of enemy vehicles, while a third system, known as Overwatch, provided awareness of enemy threats and battlefield damage assessment over the FCS network. Following a restructuring of the FCS program, IMS has been excluded from the FCS program to be pursued as an independent program. According to Dennis Muilenburg, vice president and general manager of Boeing Combat Systems and FCS program manager, “Textron Defense Systems’ Tactical and Urban Unattended Ground Sensors and Situation Understanding software performed flawlessly and received positive feedback during the Soldier’s After Action Review. This sets a great foundation for Spin-Out 1 to the current force.”

Textron Defense Systems was named a Future Combat Systems Tier 1 contractor and the UGS provider to the FCS program in 2003. Overwatch, Tactical Operations, also a Tier 1 FCS One Team Partner, is the lead contractor for the development of the Situational Understanding (SU) component of the Battle Command family of systems