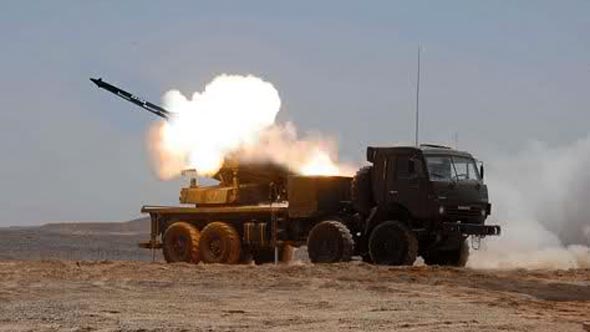 The Extra guidance system enables rocket artillery units to attack land targets with ‘less than 10 meter’ precision, regardless of the distance they are fired at – according to IMI. The weapon’s guidance uses an inertial measuring unit (IMU) coupled to a Global Positioning Satellite (GPS), forming a range-independent navigation system providing high immunity to GPS spoofing and countermeasures. The Air-launched Extra will be able to receive target coordinates from the cockpit during flight, or programmed before takeoff, via direct download of mission data.

The rocket will be a derivative of the existing airframe; with a length of around 4.3 meters and a weight of 500 kg. According to IMI, the weapon will carry a warhead weighing about 100 kg. Given the proven capabilities demonstrated by the MPR-500 warhead, and the proven capability of the Extra rocket to hit targets with high precision; IMI is confident that the 100kg warhead of the Air-Launched Extra could offer unmatched mission efficiency in terms of lethality, attack precision and collateral damage risk, when compared to other air-launched, standoff guided weapons. The actual range of the air-launched version has not been released yet.

According to IMI the new weapon could be carried directly on an underwing pylon capable of carrying a Mk83 bomb, with typically four rockets per platform. However, since the Extra is not confirming to existing aerial weapons, IMI will have to clear the flight envelope for every platform it hopes to offer the new weapon for. IMI considers the air launched Extra as an optional weapon for upgraded fighter (F-5, AMX, Su-25 or F-16 could be
considered), as well as for indigenous fighters of the type of the F/A-50 or LCA class, where such weapons may offer an affordable, supersonic precision attack potential, from standoff distance – capabilities that are hardly achieved even with the most advanced and costliest platforms.