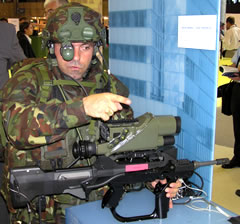 New infantry weapons and modified/modernized versions of existing assault rifles were on display. Among these were the new version of FAMAS, modified for integration with FELIN, as well as the SCAR from F.N. Herstal USA, which was developed for the US Special Operations Forces. Three SCARs were displayed: the SCAR L light version, a SCAR L rifle equipped with 40 mm Enhanced Grenade Launcher Module (EGLM) and the SCAR H sharpshooter version. Other weapons designed for the integrated infantry suite include the Israeli Tavor which will be modified to fit a dedicated MPRS fire control/sight and a 40mm grenade launcher firing programmable airburst munitions, developed by IMI. The company also displayed the grenade launcher with a stand-alone system, coupled with an EOTech hollographic sight.

AAI provided a first glance at one possible future of small arms, which is under development as part of the Lightweight Small Arms Technologies (LAST) program. The new weapon is designed to replace light machine guns, such as M249 and M240, with a new lightweight machine gun firing case telescopic or caseless ammunition, and weighing 38% – 50% less than the current M249 with normal ammunition load. LSAT with 600 rounds of ammunition will weigh 23.8 pounds, representing 38% reduction from the current 38.3 pounds. AAI is leading an industry team developing the new prototype weapon under a 28 month program. The new weapon is scheduled to complete development by 2010.

One of the unique advantages of these new weapons is their ability to engage targets around a corner or behind an obstacle. Some systems are purpose-built for this specific role, such as the CornerShot, which displayed its new Cornershot APR weapon. Others use the weapon’s mounted camera and eyepiece or special display to provide such performance. A simple Concealed Engagement Unit (CEU) accessory from Aimpoint, introduced at Eurosatory, enables such function in a snap, for every weapon equipped with an Aimpoint sight. 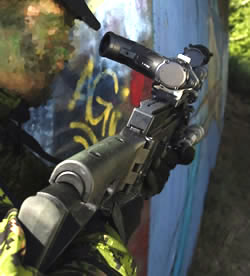 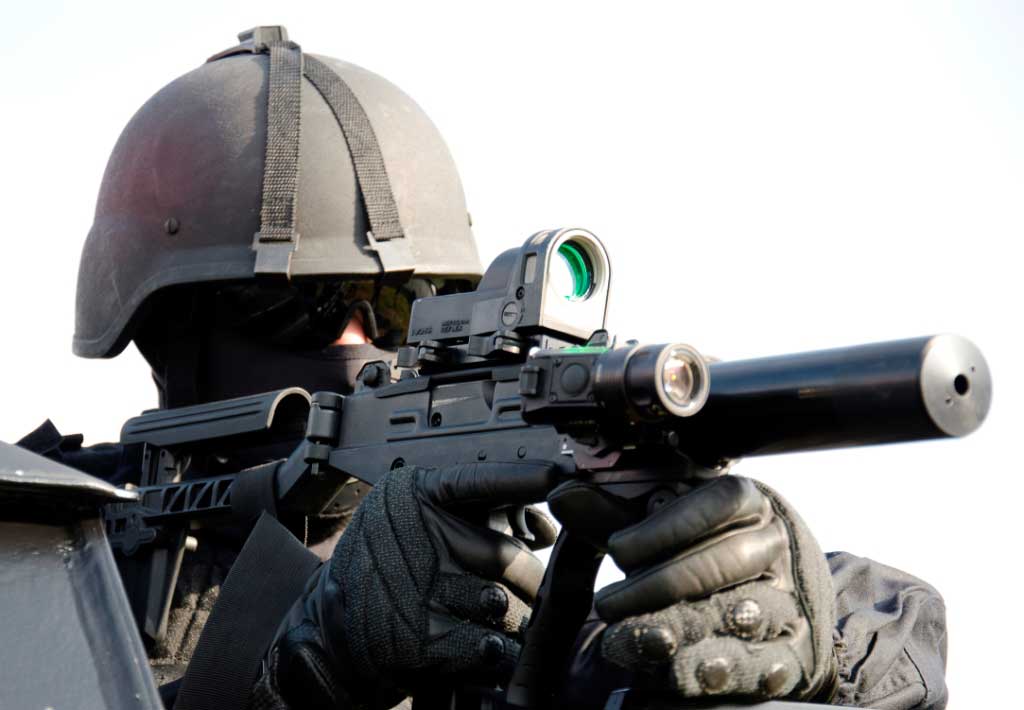 IWI to Make First Appearance of the UZI PRO at DefExpo, FIDAE and LAAD