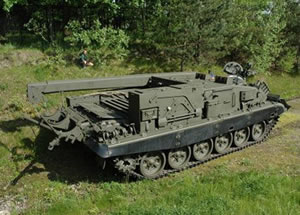 January 19, 2012: The Polish largest arms producer Bumar will deliver 204 WZT-3M Armored Recovery Vehicles under a US$275 million signed earlier this week in New Delhi, Tomasz Basarabowicz reports. According to the agreement the vehicle production will be done primarily in India, by BELM, which has already produced 362 WZT-3 supplied for the Indian Army so far.

Poland will supply with sub assemblies, kits and components.

Since 1999 India has ordered 556 WZT-3M ARVs, to support the armored units equipped with T-90 and T-72 armor units deployed with the Indian Army. The WZT-3 is based on the PT-91 chassis, the Polish derivative of the T-72M.

January 16, 2012: India has selected the Italian company Selex Sistemi Integrati to deliver an air surveillance naval radar RAN 40L and an IFF radar for the indigenous aircraft carrier built by the Coching Shipyard. The Italian company reported signing a contract with the Indian shipyard for the delivery of the radar. The RAN-40L is a 3D long range early warning radar with fully solid state active phased array antenna able to assure the detection of aircrafts up to 400 kilometers. The radar is derivative of the proven land based 3D RAT-31DL operated by several NATO air forces. The Indian Navy is operating Selex Sistemi Integrati radars since 1984, on the Godivari and Bramaputra class frigates.

India to get Russian aircraft carrier by December

January 15, 2012: Russian is planning to begin sea trials with aircraft carrier Admiral Gorshkov in May 2012, anticipating the vessel be ready for delivery by the end of this year. Entering service with the Indian Navy the ship will be renamed INS Vikramaditya. The Gorshkov was refurbished for the Indian Navy since 2004 by the Sevmash shipyard. The original delivery was scheduled for 2008 but the refurbishment was repeatedly delayed due to lack of material and escalating costs. The final price more than doubled from US$947 million to $2.3 billion.

India will buy 500 MICA air-to-air missiles from European guided weapons manufacturer MBDA for its Mirage 2000 aircraft in a contract worth around $1.2 billion. Deliveries will span over 10 years. The deal was cleared last week by the Indian government’s Cabinet Committee on Security at a meeting led by Prime Minister Manmohan Singh. This procurement is part of the midlife upgrade of 51 of the Indian air force’s Mirage 2000 aircraft to be conducted under a $1.87 billion agreement signed with Dassault Aviation last year. This upgrade package will modernize the aircraft navigation systems, mission computers, electronic warfare and radar systems. French aerospace giant Dassault will upgrade first four Mirage-2000H fighter jets to Mirage-2000-5 MK-II level in France while remaining Mirages will be upgraded in India with French help at the Hindustan Aeronautics Ltd. (HAL).

January 11, 2012: Unnamed South Korean and Japanese sources are reporting that North Korea conducted a test launch of three missiles on January 11.  The missiles were fired from the east coast of North Korea out over the Sea of Japan.  The missiles are believed to be the short-range KN-02 missiles capable of reaching a range of approximately 75 miles. Japanese and South Korean sources have expressed their belief that these latest launches are merely routine and not worthy of any major concern.  As always, both nations will complete a thorough analysis of all data they have been able to accumulate. Similar launches were reported to have been conducted on December 19, the same day the North announced the death of Kim Jong il. (Richard Dudley)

Russia to complete delivery of 21 helicopters to Afghanistan by July

January 11, 2012: Russia is expecting to compete delivering 21 Mi-17V5 helicopters to Afghanistan in the first half of 2012, under a contract worth $367.5 million signed with the U.S. Government awarded in June last year. Nine of the helicopters were delivered within six months, and the remaining are expected to be in Afghanistan soon. The Mi-17 is an export version of the Mi-8 Hip helicopter.

India’s Indigenous Carrier Floats, but Not for the Right Reasons

January 11, 2012: The first Indigenous Aircraft Carrier (IAC) of the Indian Navy was floated out at the Cochin Shipyard Limited (CSL). The 40,000 ton carrier to be named after the INS Vikrant will become the main air defense platform of the fleet. Despite the important milestone, the floating of the huge vessel does not represent an advanced level of maturity, but rather due to the need of the dry dock for other work at the shipyard. The construction of the vessel extended beyond the original schedule due to delays in delivering steel plates, and key subsystems, including the gearbox. According to the Times of India, the gearbox, made by Elecon Engineering is already and undergoing trials, the underwater package is all lined up. But other equipment has yet to be identified and tested is now ready and undergoing trials, at last.

January 11, 2012: Russia has recently delivered a second batch of four Su-30 fighters to Vietnam, in addition to the four planes supplied to Hanoi in June 2011. Vietnam is scheduled to receive the final batch of four planes this year, completing the 12 aircraft originally ordered as part of the one billion US$ arms package. Vietnam is the fourth Asian country operating the Su-30, along with India, Malaysia and Indonesia.

Vietnam’s navy has taken delivery of its first locally-built 54 meter TT400TP, built by the Hong Ha shipyard in Haiphong. Hong Ha launched the project in 2009, based on a foreign design. The vessel was completed in 2010 and went through sea trials since.

The new gunboat has can cruise at a speed of 32 knots, operate unsupported for 30 days and has an operational range of 2,000 nautical miles. Vietnam has said that it intends to build more warships in the future. The current Vietnamese fleet of gunboats and corvettes rely on Russian vessels and older gunboats received from the former Soviet Union.

Vietnam is expanding its fleet in response to growing concerns about protecting its territorial waters and Economical Exclusion Zone, amid rising tensions in the South China Sea, primarily tension with China over maritime territorial disputes.