Featuring the latest nuclear-powered technology, the Astute Class submarines can circumnavigate the world submerged, manufacturing the crew’s oxygen from seawater as they go. They also have the ability to operate covertly and remain undetected in almost all circumstances despite being 50 per cent bigger than the Royal Navy’s current Trafalgar Class submarines which are being replaced by the Astute Class.

The third submarine of this class, Artful was the first to receive the Common Combat System (CCS) developed by BAE Systems, that controls the submarine’s sensors and weapon systems. The Artful tested the new system in February 2016 firing a torpedo. CCS integrates several systems, which previously would have needed their own consoles and processors, to operate under a single computer environment, save scarce space, power and cooling resources within the submarine’s hull. It also allows the Control Room to be used with greater flexibility. The system incorporates Dell COTS based computers from, running VMWare systems and sonar processing provided by Thales. The system also integrates the advanced Sonar 2076, which allows the submarine to detect and track the quietest of adversaries. The latest upgrade to the Sonar 2076 is Stage 5, introduced by Thales in 2010 to upgrade three Trafalgar-class and three Astute-class submarines. This sonar, made by Thales, is unique to Royal Navy submarines and is deployed across the submarine fleet.

The latest sonar and next generation command and control system will be integrated onto every Astute and Vanguard-class submarine now in service, and fitted to every new Astute class submarine coming into service in the future, ensuring consistency across the fleet. These systems will also be used on board the Royal Navy’s Dreadnought submarines. 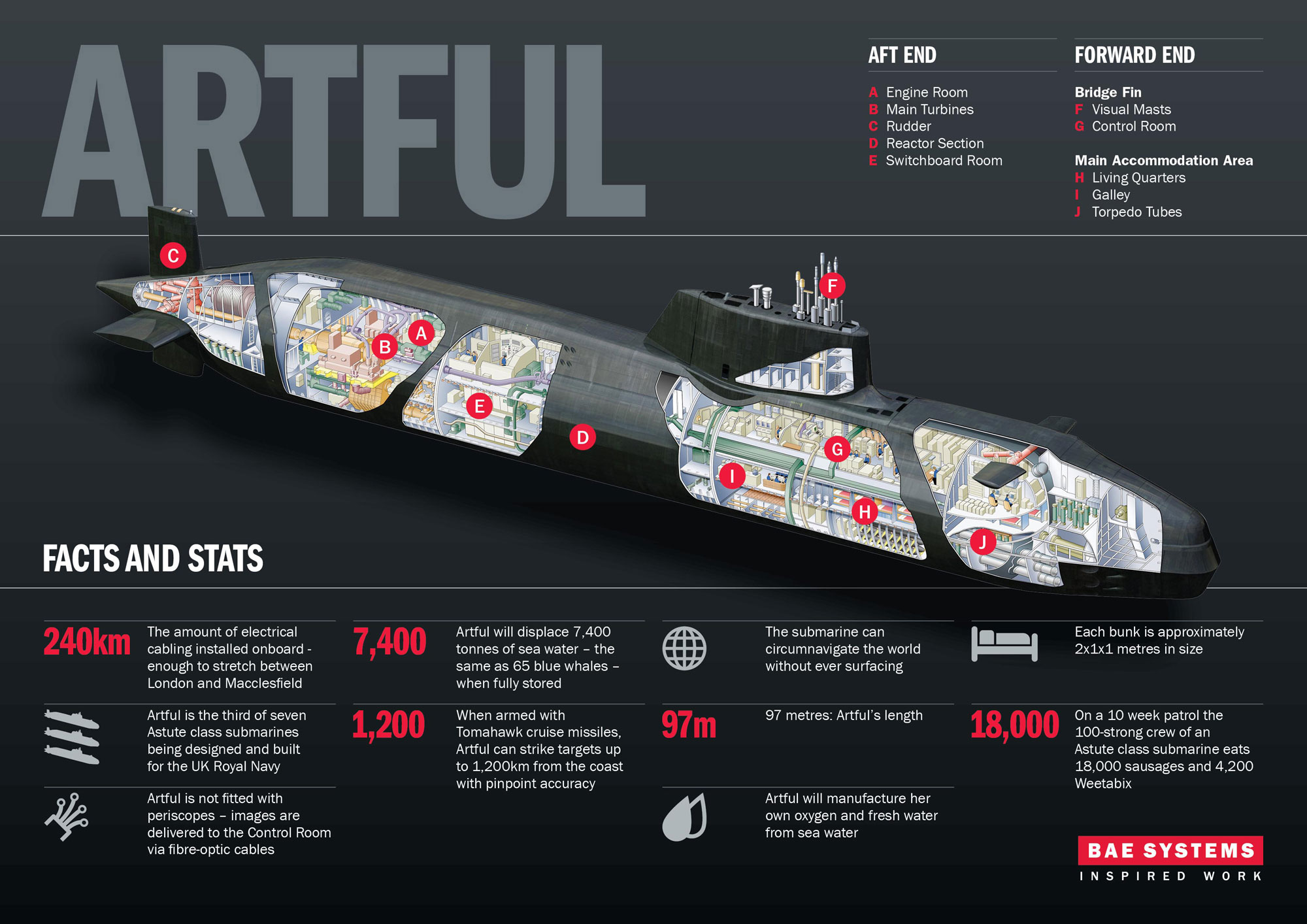