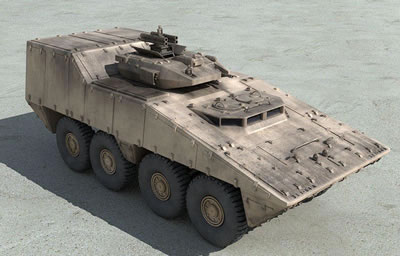 Command and Control On The Move (C2OTM) applications enable commanders to receive data-intensive information via satellite-downlinked feeds, on the move. Utilizing new generation satellite antennae, designed for mobile platforms, C2OTM introduces tactical commanders with new capabilities to deploy their command elements to the most critical points, without loosing contact with their tactical operations center (TOC). Initial C2OTM elements were already deployed in Iraq at the beginning of Operation Iraqi Freedom, and more systems and variants are expected to be fielded by 2005.

Mounted Battle Command On The Move (MBCOTM) is another new concept enabling the commander to perform all command and control tasks while on the move. Although Command Vehicles which can operate independent of CPs are well established in many armies, until recently these elements were not equipped with mobile data communications and therefore, could not fully support modern C4I services. These systems are currently designed as “commander centric”, rather than “post centric” systems, and enable the presentation of situational awareness of maneuver, effects, intelligence, mobility, counter-mobility and survivability, NBC and air defense. Other tasks include monitoring and execution of fire support plans, tasking and re-tasking organization etc. 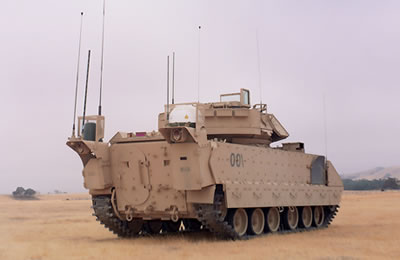 While the commander is deployed with his forward elements, the main CP is responsible to maintain the entire information system, with the processing of tactical information, intelligence, effects, support and logistical data, creation and analysis of detailed plans, issue and dispatch warning orders, execute liaisons etc. MBCOTM are currently designed for Humvee, Stryker and Bradley Fighting Vehicle families, which are used as standardized platforms, contributing to operational security for the commander. Earlier command vehicles were designed on special purpose vehicles (C2V) designated M-4 (based on the MLRS chasis). Only 25 M4s were produced before the program was terminated. In October 2002, these vehicles were fielded with the Fifth Corps command, Third Infantry Division, First Cavalry Division, Third Armored Cavalry Regiment and the First Armored Division. Some of the C2Vs were deployed to Iraq and participated in the combat operations there, demonstrating the importance of delivering critical C4I information on the move.

Dismounted C2 Systems
Dedicated C2 equipment currently available, or under development is also supporting infantry commanders on dismounted operations. These systems are currently under development at DARPA, as technology demonstrators. Designed for battalion, company commanders, and below, these systems will interface with current brigade and higher C2 systems, enabling efficient joint forces operations and integration into the Future Combat Systems Unit of Action operations. Systems considered for these applications include mobile advanced hands-free human-computer interfaces, knowledge based situational awareness analysis and displays, distributed, collective battle planning, integral mission rehearsal and distance based training, as well as briefing and post action debriefing aids. Systems will utilize mobile computing and personal wireless networking, and advanced power generation and conservation techniques to optimizing dismounted portable operation. Various elements of the Land Warrior and JTRS programs will be integrated into the system. Dismounted C2 applications are expected to be integrated with Agile Commander systems, and Global-Mobile networking, focusing on the mobile command post applications.