Several systems were displayed at DSEi, presumably pitching for this program. Among these were the new SMACM from Lockheed Martin. This weapon can be used as an armed expendable UAV or a reconnaissance vehicle. It is compatible with most combat aircraft and BRU-61A launchers. TARES, advanced version of the German Taifun. MBDA and Ultra Electronics, the two companies selected to continue to the next phase of the program presented operational and available platforms, and both include Israeli partners.


Ultra has teamed with Rafael, EMIT and Raytheon, to offer the BLADE (Battlefield Loitering Artillery Direct Effect), based on a modified Sparrow M UAV designed and produced by EMIT. The vehicle has an endurance of six-hours. It is configured with a nose mounted forward looking EO payload and has a capacity to carry additional fuel or other payloads, including explosives. In the Blade configuration, the UAVs could be operated in “searcher” and “killer” roles. On board EO sensors will be used to identify and classify targets, and check battle damage. The killer UAVs will also be able to actively seek and destroy high priority targets. It is assumed that the UAVs will be able to coordinate their search patterns to take advantage of the persistence and availability of sensors over a wide area.

MBDA is leading a consortium including IAI, QinetiQ, Insys and Carnfield University. Its proposed weapon is the White Hawk, a derivative of the Harpy radar killer drone, developed by IAI and operational in several armies. IAI has also developed; under a joint venture with Raytheon (now a member of the competing team) an extended version of Harpy (also known as E-Harpy) called Cutlass. This UAV was reportedly offered to Turkey which already operates the Harpy. White Hawk, believed to be based on this platform, integrates an EO sensor and an explosive charge of a significant weight on a single platform. According to MBDA, the basic endurance requirement is for several hours but the program expects endurance growth in the future to the range of 20 hours, matching the capabilities of UAVs. 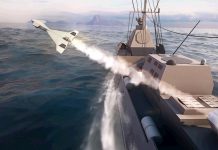 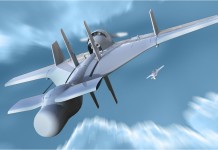 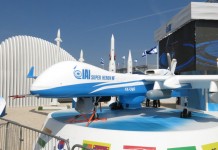