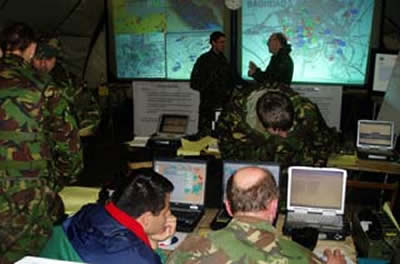 Today’s land forces transformation is driven by a significantly better communications, more affordable, ruggedized and reliable computers, and advanced applications that are becoming an indispensable tool for leaders at all levels of command.

This feature continues to cover the following topics: