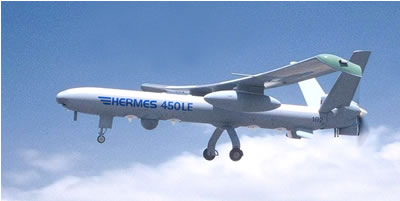 The population centers of the West Bank are large, yet separated from each other. Starting out with major conventional military operations, IDF efforts have developed into more selective, yet intensive campaigns, often led by Special Operations forces. The IDF prefers to “envelop” specific objectives by making use of extensive intelligence and surveillance coordinated with small operational “stings”. These operations maintain momentum as well as pressure on the enemy, yielding valuable intelligence, which is used to support continued activity. As operational success has improved the IDF has been able to pull most of its heavy armor back from West Bank cities.

Intelligence gathering is performed by all means available, tapping the potential of Human Intelligence (HUMINT) in ways never before practiced by Israel. This has involved close integration of field assets of the Shabak (Israel Securities Authority ISA) with the IDF at the tactical level. Advanced surveillance gathering methods have also been introduced. Some, like the RAFAEL Stalker, rely on organic Reconnaissance, Surveillance and Target Acquisition (RSTA) equipment, while the Air Force’s unmanned aerial vehicles (UAVs) and Elbit/Ness Technologies’ Advanced Multi-sensor Payload System (AMPS) operate in support of ground based Urban-LIC activities. These assets are integrated at the tactical level in order to monitor targets from a long distance, in day and night.

These continued activities yield valuable intelligence, which leads to further operations aimed specifically at the terrorist’s operational framework and command structures, logistics, and support. The continued pressure applied directly on the terrorists, forcing them to run and hide, reduces terrorist activity in the affected areas. This in return, enables the IDF to lift road blockades and ease the pressure on the urban centers of the West Bank.