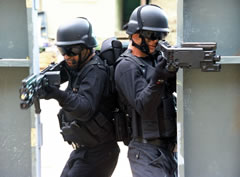 IDF Infantry units, from the platoon level upward, are already equipped with a multitude of sensors providing real-time imagery. The need for such organic intelligence gathering capabilities, to provide “extended eyes and ears” for field commanders operating in cluttered terrain in and around urban area was raised by the IDF and answered by Israel’s defense industries. Many companies responded with innovative products some of which are already being fielded or tested in operational use.

Among the latest systems fielded in 2005 are the Eyeball-1 and GateKeeper systems remotely controlled video surveillance devices from ODF. Eyeball-1 enables troops to gather valuable intelligence by viewing images and listening to voices in a target area prior to an assault into a room or entering subterranean spaces, such as cellars, wells or tunnels. Gatekeeper uses covert cameras, triggered by passive infrared signals, to secure access routes, or a building, room or floor, validating that it has not been recaptured by hostile elements.

A miniature Unattended Ground Sensor, developed by Seraphim, provides covert persistent visual surveillance of a target with periscopic EO, NIR and IR imaging devices. The device is fitted with internal pan, tilt and zoom, thus having no external movement. It can remain in the field, delivering up to 10 days of imaging without battery replacement.

Other systems for collection of images provided by lower level Infantry combat units are under development at Elbit and ITL, and components of these suits are already being tested and evaluated by IDF LIC specialized units. These systems provide “round the corner” vision and firing capability and efficient orientation and maneuvering of the individual, team or squad. A new generation of organic sensors is under development for infantry units. These include the Firefly and MPRS 38mm video cartridges, fired from an M-203. Both offer a “snapshot” view of an objective area, just prior to the attack, and are being developed by RAFAEL and IMI. The latter is also developing a family of 40mm munitions for the MPRS system, including non-lethal ammunition and an airburst cartridge.

ODF is taking a different approach offering persistent video surveillance of targets. The Smart Arrow, currently in advanced development, is fired at a position overlooking the target area, using a bullet-trap mechanism. Once stuck to a wall, an integral video camera is activated, sending live images from the target for up to seven hours. 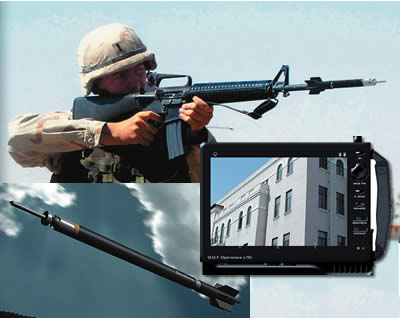 Elbit Systems / Skylark miniature UAVs, which have already been fielded, have been augmented by a new miniature payload. The stabilized system has also been tested on lightweight masts and new man-portable aerostats. Another EO system is the RAFAEL Spotlite system, which enables rapid sniper detection and countermeasures. The system is providing snipers with organic small-arms fire spotting capability, used to rapidly locate, identify and assign counter-fire by snipers or other elements.

Preparing and controlling an operation involving such a complex array of sensors, effectors and combat systems requires extensive preparation, and flexible command and control that can keep pace with the dynamic situation and take advantage of quickly developing opportunities. 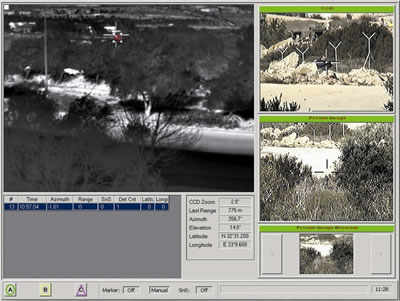 Much simpler yet essential devices for this type of warfare are the foldable periscope, and lightweight assault ladder carried in a backpack. The assault ladder enables troops to deal with many of the vertical obstacles encountered in urban terrain.