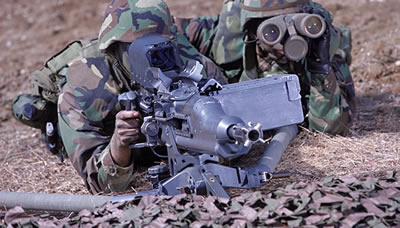 Future Force Warrior (previously known as Objective Force Warrior) is now scheduled to be the third capability upgrade phase of the Land warrior System (also known as Land Warrior Block III). Future Force Warrior (FFW) is designed as an integrated “system of systems”, as part of the army transformation to a soldier-centric force which will complement and fully integrate with the Future Combat Systems (FCS). Two uniform systems are under development. The Future Force Warrior system will be available for fielding to soldiers in 2010. The Vision 2020 Future Warrior system, which will follow on the concept of the 2010 Future Force Warrior system, 10 years later. General Dynamics Eagle Enterprise unit is the technology integration team leader for FFW, Currently in detailed design phase. The current program will be followed by prototype development and demonstration and non-competitive system development and demonstration phases FFW program is scheduled for completion by the year 2010 and worth between one to three billion US$ over a ten year period.

FFW is designed to provide ten-fold increase in lethality and survivability of the infantry platoon. Such dramatic increase will be achieved by enhanced situational awareness, precise and effective firepower and netted communications, far better than current standards for tactical communications. Individual dismounted soldiers will get direct access to network-centric information and access any relevant service required and made available for their mission. Another key issue resulting from this process, is to lighten the soldier’s load. From over 100 pounds currently carried by combat soldiers, to around 45 pounds.

The Land Warrior basic unit will be a four men strike team, provided with an independent intra-team and squad and platoon communication. The squad will have communications and command and control facilities to manage multiple strike teams including coordinated, multi-directional assaults. The squad will operate three strike teams, a squad leader, a system’s squad leader and a situational awareness and effects non-commissioned officer (NCO). The unit will also have provisions to control direct and indirect fire by their own unit as well as adjacent formations. The unit will be self-sustained for 24 hours and will also carry additional supplies for further 48 hours on a manned/unmanned “mule”. The squad will have 81mm and 60mm mortars, new support weapons,

The integrated individual combat system will comprise weapon system, protection suite, navigation, and information processing and communications systems. The program supports both individual and unit level operations, with increased lethality, survivability, communications, and responsiveness. Future Force Warriors will initially use existing individual weapons, while current squad weapons will be replaced by a new XM-307 Individual weapons will be equipped with advanced fire control, optimized for urban combat, and enable to synchronize direct and indirect fires from Future Combat System such as NLOS-LS and JCM missile, precision mortar and artillery support and more.

The Sensor Becoming the Shooter 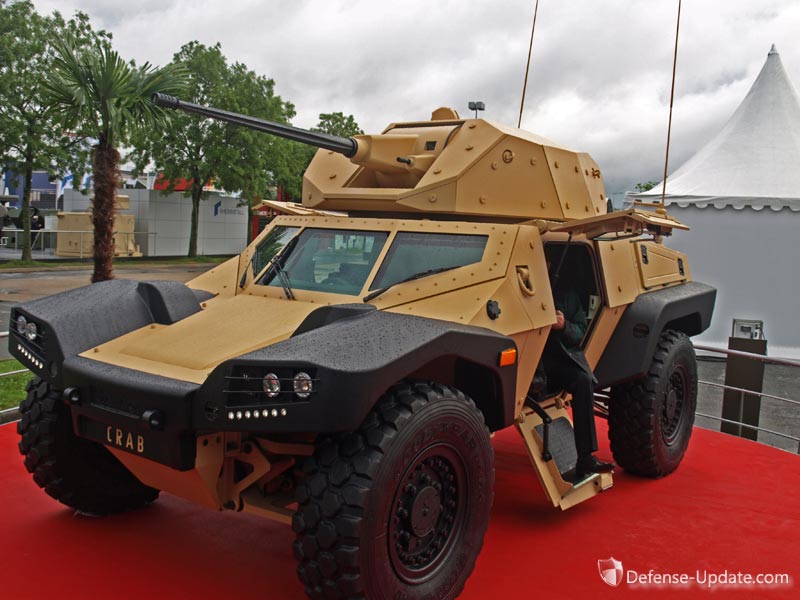 Panhard Innovate with the CRAB