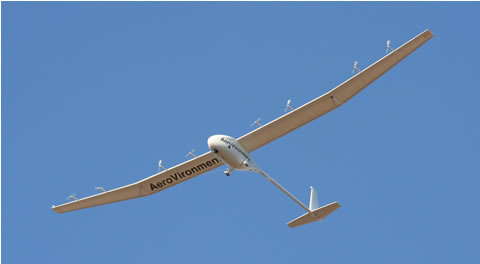 The High Altitude, Long Endurance mission profile was never meant to be used with manned platform, but is perfectly suited for unmanned systems. Only few manned aircraft are prepared to fly and operate at these altitudes. The thin air at the Tropopause limits the use of conventional engines, but opens new horizons for surveillance, communications and electronic eavesdropping activities. After overcoming the technical obstacles, mission planners could benefit from unobstructed operations at altitudes well above civilian or military air traffic. At these altitudes, the atmosphere is calm, the thin air causes reduced drag, resulting in less energy required to maintain higher ground speed. Aircraft flying at these lofty altitudes are well above the jet stream and other high velocity currents, averaging 40 – 80 knots in speed, with peaks of up to 160 knots. These currents encountered at the high troposphere, at altitudes between 20,000 to 35,000 ft., usually affect the performance of aircraft operating at medium altitudes.

The successor of the U-2, the U-2R ‘Dragon Lady’ is still operational today. Designed for high-altitude intelligence and reconnaissance missions, this aircraft can fly above 70,000 feet and carry some o the most advanced long-range reconnaissance gear available today. Its mission payloads include highest resolution SAR radar in service today, as well as sophisticated SIGINT systems. Providing near-real-time imagery and signals intelligence to warfighters and national authorities, the ‘Dragon Lady’ was used extensively during operation Iraqi Freedom in 2003 and provided important damage assessment information after Hurricane Katrina struck the Gulf of Mexico in 2005.

With the arrival of the RQ-4A Global Hawk, the missions of U-2R were reduced to those specific services which could not be supported yet by the unmanned platform. These missions will be transferred to the Global hawk fleet in the next decade, as the RQ-4B (Block 20, 30 and 40) aircraft are fielded, capable of carrying heavier payloads, including SIGINT and advanced SAR payloads.

Global Hawk may be dominating the high altitudes today, but in the near future, it will have to share those heights with more unmanned platforms. One such system is theIntegrated Sensor Is Structure (ISIS) developed by Lockheed Martin Aeronautics. ISIS will provide a new model for persistent, autonomous ISR platform. Utilizing a stationary stratospheric airship, ISIS will establish a position on the ‘high ground’ at an altitude of 70,000 ft. This airship will be deployed for long missions, staying in position for one, five or even ten years. It will provide a persistent early warning sensor able to detect cruise missiles at distances of 600 kilometers or dismounted enemy combatants at a range of 300 km.

Smaller but but not less effective for its proposed mission is the Global Observer high altitude UAV system developed by Aerovironment. This aircraft was designed to provide long dwelling stratospheric capability with global range and no latitude restrictions. Operating at these heights, the platforms provides ‘near space’ capability comparable to satellites, providing services such as persistent ISR and communications relay, including dedicated communications support and satellite link redundancy for other UAVs.

Another system under development by Aurora Flight Science and Boeing is the the Orion, High Altitude, Long Loiter (HALL) Unmanned Aerial System. This stratospheric platform will be able to cruise at an altitude of 65,000 ft for about 100 hours, powered by reciprocating engines consuming liquid hydrogen fuel. With a gross takeoff weight of 7,000 lbs (3.175 tons) HALL will be able to carry payloads weighing about 400 lbs (181kg). The U.S. Army/SMDC is supporting a team lead by Aurora and Boeing as a strategic partner, developing two Orion HALL platforms, to demonstrate the new technology. First flight is expected by 2009. Aurora and Boeing have also teamed since 2004 on a Boeing-led concept definition study of a twin-engine, larger unmanned platform designed for missions over a week long, carrying multi-sensor payloads weighing up to 2,000 lbs.

Flying at the edge of space in the high stratosphere, a future unmanned aircraft could one day carry weapons or other payloads anywhere in the world within few hours, or deploy cargo to lower space orbit, responding within minutes to urgent mission requirements. These high flyers will be designed to carry our fast strikes deep into enemy territory, anywhere in the world. Such a project known as FALCON is pursued by DARPA and the US Air Force. Lockheed Marin, the system’s developer is planning to fly the first FALCON demonstrator by the end of 2018, and is preparing to have such platform operational in about 10 years.

A similar platform expected to be demonstrated around that time is the X-51 WaveRider, developed by Boeing. This vehicle will demonstrate capabilities similar to the FALCON, as Boeing aims to compete with Lockheed Martin to fulfill the future USAF requirement for global strike with the hypersonic atmospheric vehicles. The waveRider will integrate a scramjet engine developed by Pratt & Whitney, a boost rocket motor derived from an ATACMS missile matched with an airframe built by Boeing. It will demonstrate acceleration from boost (Mach 4.5+) to Mach 6 -7 cruise.