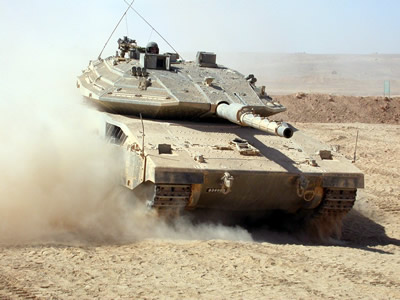 Merkava tanks of all types, and particularly the new Merkava Mk4 are facing a serious challenge in the recent war between Israel and Lebanese Hezbolla. The tanks are operating in rocky and mountainous terrain, facing advanced anti-tank weapons, from improvised IEDs and heavy belly charges and RPGs to the latest generations ATGWs, including the Russian Metis-M and Kornet E. Some 10 tanks have been hit in the two weeks of fighting, most of them are expected to be repaired soon and return to operational status. While the prolonged and escalating asymmetric conflict took a significant toll from these tanks, in general, the Merkava clearly demonstrated its effectiveness and flexibility in carrying out various combat and support missions, while maintaining effective protection for the crew, even under extensive enemy fire.

As a product of the late 20th century, the Merkava tank was designed for the high intensity battlefield, where tanks are confronted by enemy tanks and long range anti-tank missile mostly in frontal engagements and at long ranges. During recent asymmetric conflicts, tanks are facing new threats characterized by RPGs, missiles, land mines and IEDs as well as small arms and sniper fire. These threats can appear at extreme close ranges and from any direction, including the rear, top and sides. Operating with open hatches in this type of combat becomes highly dangerous to crews, especially to vehicle commanders who must maintain situational awareness for safety as well as operational effectiveness. 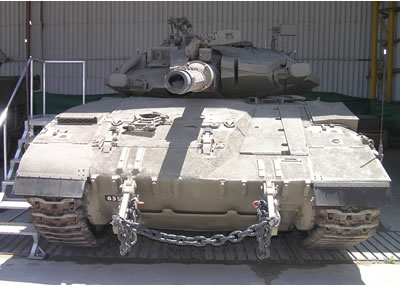 Utilizing its highly adaptable, modular design and ‘telescopic evolution’ the Merkava is transforming from a Main Battle Tank (MBT) into a Multi-Purpose Fighting Vehicle (MPFV), characterized by a dynamically balanced blend of protection, mobility, firepower and information systems. Utilizing modular armor design, the armor protective suite of the Merkava tank has been continuously upgraded to face evolving threats. Design changes have included the addition of armored belly plates to protect the bottom and lower sides of the hull against heavy improvised ground mines after three Merkavas suffered fatal attacks by this type of mine. The hull armor has also been augmented with advanced materials, and the modular design allows quick optimization to protect against specific newly perceived threats.

Many Merkavas have suffered repeated hits in combat engagements with Hezbolla and Palestinian forces with no casualties to the crew. All tanks were rapidly repaired and sent back into service, including one Merkava Mk 2 tank that was hit by seven different missiles in one attack (Ghajar, November 2005). In the near future, active protection systems are expected to be integrated into the tank’s armor, offering improved protection against shaped charge threats and, potentially, kinetic threats.